The quest for justice

Tuesday was Palestinian Prisoners' Day and to acknowledge this 1,200 Palestinian prisoners started an open-ended mass hunger strike in Israeli jails. They were joining 10 inmates who had begun their hunger strike over 40 days earlier in protest at both their imprisonment and their conditions.


In 2010, the Palestinian Central Bureau of Statistics reported that there were over 7,000 Palestinians in Israeli jails. Of them 264 were held without trial, often not knowing why. Children too are treated abominably, often for throwing stones and other similar minor offences. Last weekend there was a remarkable conference in the Qatar capital Doha organised by the Palestine Return Centre PRC and supported by the Al-Jazeera Centre for Studies.

The conference, which was broadcast on the Al-Jazeera Arabic channel, was attended by delegates who had recently been released from prison in return for the Israeli soldier Gilad Shalit. Their contribution was fascinating and electrifying. The conference focused on the huge Palestinian diaspora beyond the Gaza Strip, West Bank and those living within the 1948 borders of Israel, including the seven million who live in refugee camps scattered all over the Middle East or indeed all over other parts of the world, such as the significant communities in Brazil and Chile. One of the primary demands was for the right of return.

While this principle is recognised by UN resolutions, the reality is that for 60 years many Palestinians have survived in refugee camps in Jordan, Syria and Lebanon. Many have suffered the political changes across the whole area. One example of this occurred after the US invasion of Iraq, when little or no recognition was given to Palestinian refugees from Iraq. Many were relocated to other countries with the support and co-operation of the UN high commission for refugees, but they were not given the opportunity to return home to Palestine.

Many Palestinian refugees have contributed hugely to the economic success of Middle Eastern and Gulf countries but feel that their identity is constantly under threat. Education in Palestine and in the refugee camps is the responsibility of UN relief and works agency. Conference delegates complained that the history of the Palestinian people and the Nakba was barely taught in the camps, and that the way in which Palestinians were thrown out of their homes in 1948 does not have any kind of international resonance.

Terry Rempel from Exeter University gave a fascinating talk on the right of the refugees to participate in future talks on a durable solution. A brilliant paper was presented by Basheer al-Zoughbi on the role of Count Folke Bernadotte in events of 1948, analysing the way in which the expulsion of Palestinians violated all customary principles of law, amounting to war crimes against a largely unarmed and defenceless people. Count Bernadotte was assassinated in 1948 after he had explained the illegality of what Israel was doing.

Another delegate, Hanin Abou Salem, presented a paper which showed how most of the world had chosen to ignore Palestinian refugees. They are often denied citizenship in the country where they reside but are not recognised as Palestinian citizens either, so over the generations they live a life in limbo. The anger of the people of Palestine imprisoned in Gaza, occupied in the West Bank or living in exile in refugee camps has to be recognised. And any solution cannot be a cosy arrangement between respective governments - it must be a recognition of the human rights of a whole people who were inconveniently "in the way" in 1948. The current hunger strike is one example of of the Palestinian people's cry for help and support. They are one - in exile, Israel or occupied Palestine. 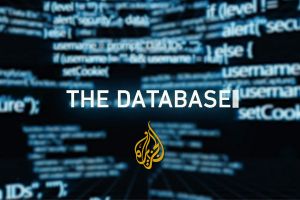 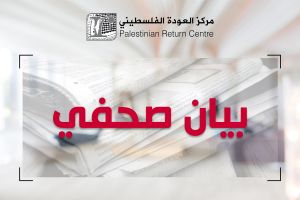 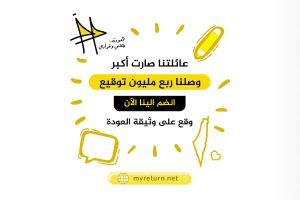