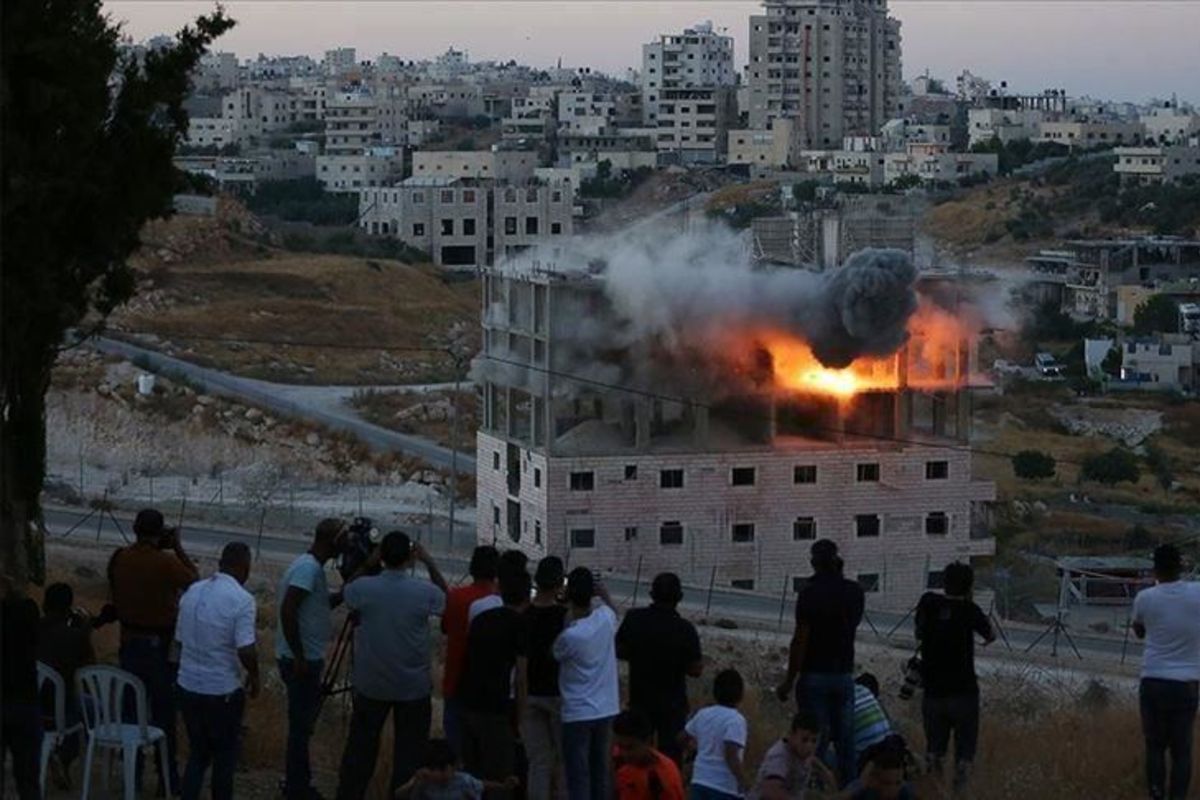 22 Palestinian homes were demolished by the Israeli occupation authorities in one single day in Jerusalem’s Shu’fat refugee camp in 2019, Palestine News Network reported.

300 Palestinian buildings were demolished in Jerusalem by the Israeli occupation authorities in 2019, compared to a 386 in other parts of the occupied Palestinian Territories, Walid Assaf, chairman of the Commission Against the Wall and Settlement, said in a press conference on Israeli violations in the Palestinian territories.

Assaf said that the Israeli authorities are aiming to isolate Jerusalem City and divide al-Aqsa Mosque by demolishing Palestinian homes and intensifying the settlement construction activity.

Assaf added that Palestinian national and popular resistance committees, with the help of Palestinian citizens, staged a six-month sit-in in 2019 to protest the demolition of al-Khan al-Ahmar community, and managed to stop the forced displacement of its residents.

Short Link : http://bit.ly/2N1Zhxs
Tags
Next News
Palestinian Refugee Drowns during Greece-Bound Migrant Journey
Previous News
Father of Palestinian Refugee Says He Did Not Recognize His Daughter due to Torture in Israeli Custody
Most Views
Related Posts