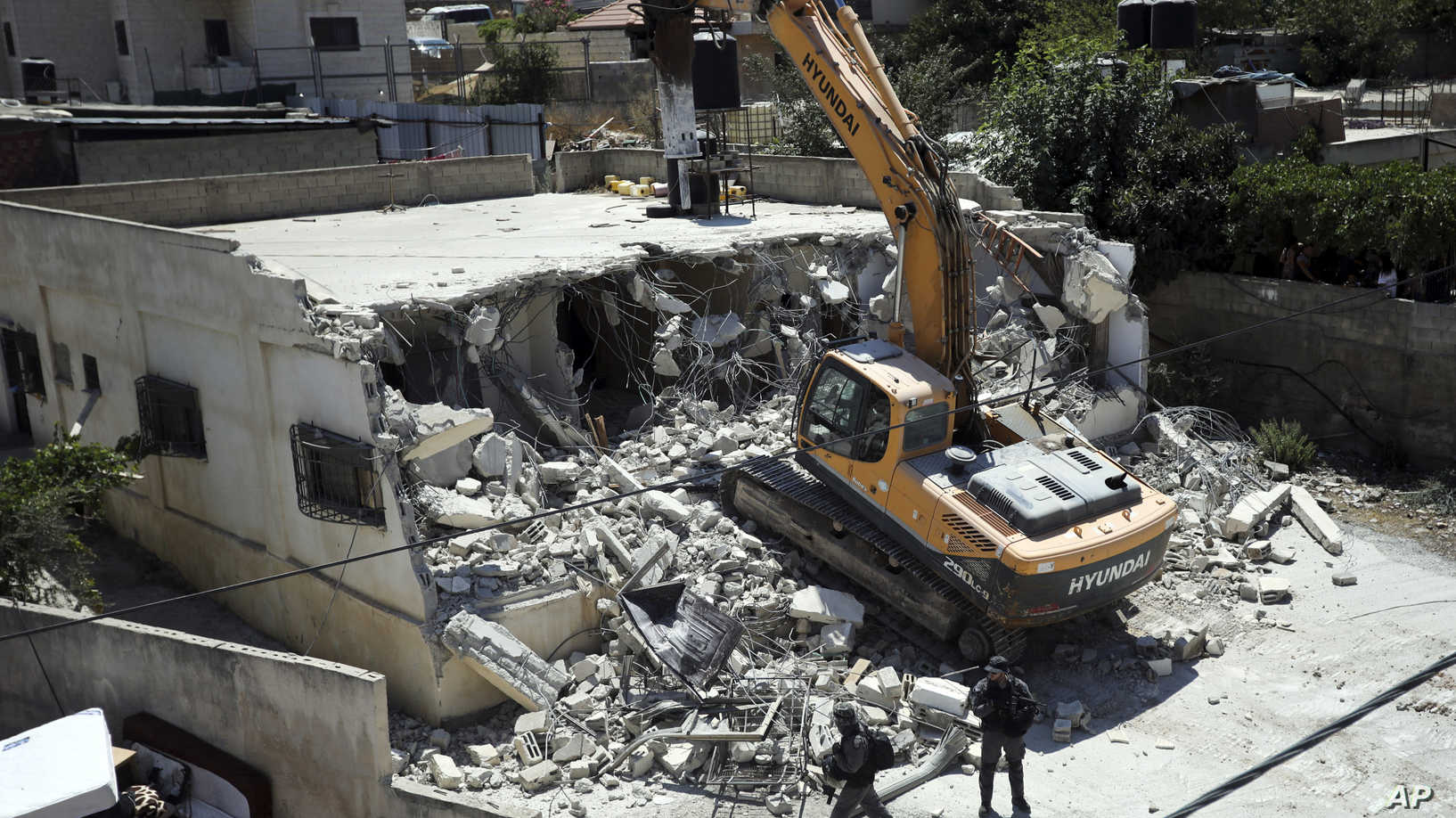 Israel demolished a record number of Palestinian homes in 2019 over permit issues and as a punitive measure aiming to displace Palestinians from their own land, an Israeli rights group has reported.

According to B'Tselem figures, Israel demolished 169 housing units in East Jerusalem in 2019 –more than in any year since 2004, when B'Tselem started keeping records.

The demolitions have left 328 Palestinians homeless, 182 of them minors. In 42 cases, the homeowners demolished their own houses to avoid the hefty levies Israel collects for demolitions it carries out itself. This is the highest number of self-demolitions B'Tselem has recorded since it began keeping track.

Additionally, 96 non-residential structures were demolished in East Jerusalem in the past year, 13 of them by the owners and the rest by the city.

B’Tselem said Palestinians in East Jerusalem are effectively left with no choice but to build without permits as a direct result of Israeli policy which makes it practically impossible for them to obtain building permits. Israel uses this policy to further its goal of perpetuating a Jewish majority in Jerusalem. One of the way in which it pursues this goal is by making life in the city unbearable for Palestinian residents, in a bid to push them to leave their homes, ostensibly of their own free will.

From the beginning of 2004 until the end of 2019, the Jerusalem Municipality demolished 978 housing units in East Jerusalem, leaving 3,177 people homeless, including 1,704 minors. In addition, from the beginning of 2012, when B'Tselem began recording demolitions of non-residential structures, to the end of 2019, the municipality demolished at least 413 such structures.

According to B'Tselem figures, Israel demolished 106 housing units in 2019, more than it did in both 2017 and 2018. The demolitions have left 349 Palestinians homeless, including 160 minors.

The rights monitor warned that Israel uses its planning system in the West Bank to block Palestinian development and dispossess Palestinians of their land. Palestinians have virtually no chance of obtaining a building permit, even for their privately owned land. As a result, they live with the constant threat of seeing their homes and businesses demolished. This Israeli policy, which has been repeatedly upheld by the country’s Supreme Court, is based on the concept that land in the West Bank should primarily serve Israeli needs and interests, while the needs of the Palestinians are never considered.

From 2006, when B'Tselem started recording these figures, until the end of 2019, Israel demolished at least 1,525 Palestinian housing units in the West Bank. At least 6,660 people were left homeless as a result, including at least 3,342 minors.

Israel repeatedly demolishes homes in communities it refuses to recognize, and which are at risk of expulsion. From 2006 to the end of 2019, Israel demolished the homes of at least 1,069 Palestinians, 511 of them minors, more than once, added B’Tselem.

B’Tselem said this policy is immoral and constitutes collective punishment, which is prohibited under international law. Nevertheless, the justices of the Supreme Court repeatedly dismiss petitions brought by Palestinians against these demolitions, relying on an unreasonable interpretation of international law and acceptance of the state’s arguments, including the claim that the policy is meant as a deterrent rather than a penalty - even though this claim has never been proven.