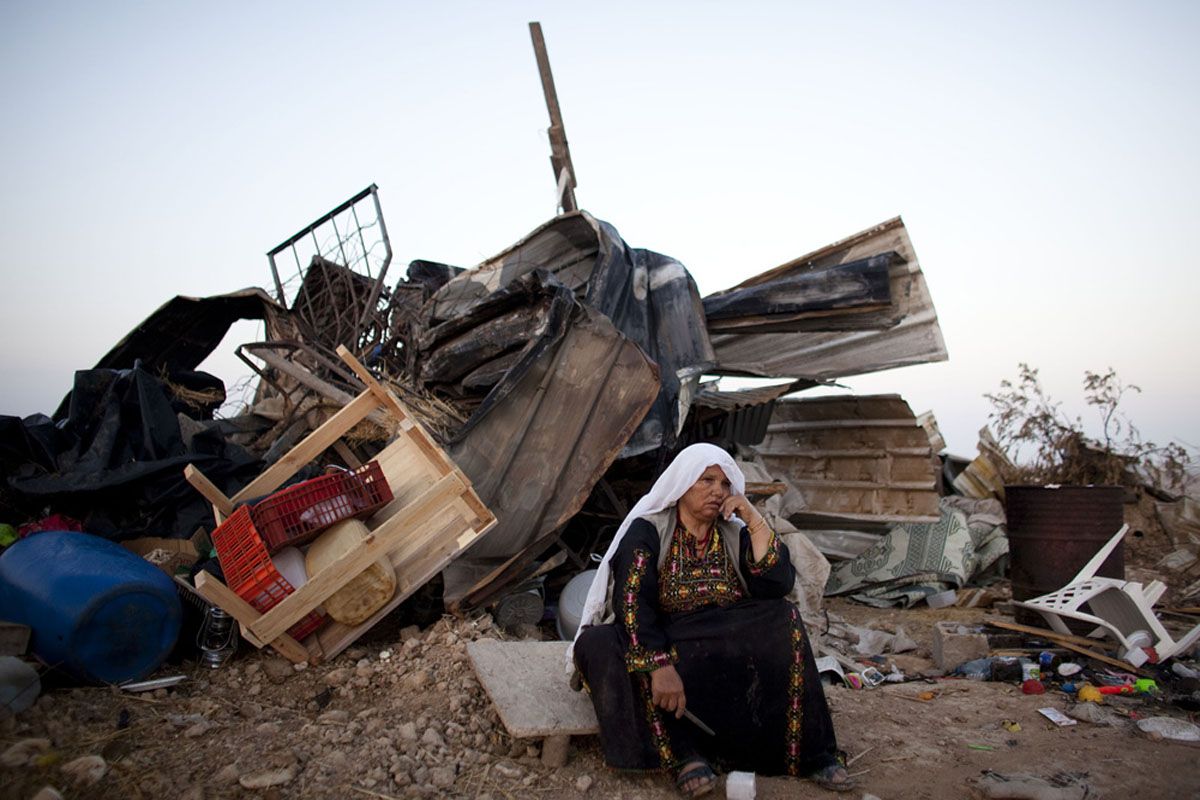 The Israeli occupation authorities destroyed this week all residential facilities and dismantled makeshift tents set up by Palestinians in the Bedouin village of Araqib in the Negev desert.

Araqib's residents said that Israeli forces escorted by bulldozers raided the village in the afternoon and destroyed all of their mobile homes. Residential tents were uprooted and shacks dismantled, displacing dozens of Palestinian Bedouins.

A similar demolition and forced displacement operation took place in Araqib on 31 December 2019, but the Palestinians of Araqib managed to have new makeshift homes again.