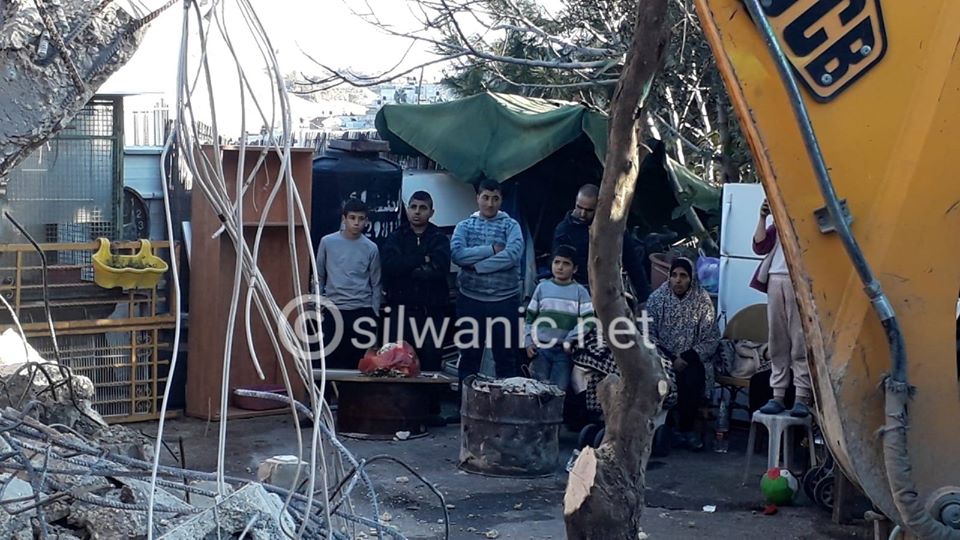 Two Palestinian siblings from Jabal al-Mukabber town, south of occupied East Jerusalem, were forced to demolish their homes to avoid the excessively high fines and fees imposed on them by the Israeli City Council, local sources haave reported.

The Wadi Hilweh Information Center in Silwan (Silwanic) said on Tuesday that Mohammad Nassar and his brother Maher had to leave their homes, inhabited by 15 family members, including 11 children, and started demolishing their properties on Monday after they received threats from the Israeli occupation forces.

Maher Nassar told Silwanic that his brother and himself were only given one day to start the demolitions or face fines exceeding 80.000 Shekels ($23,000). As a result, Maher and Mohammad’s family members were left homeless.

The Jerusalemite said he had tried to obtain the necessary licenses for the construction but the Israeli municipality was not cooperating and ordered him to pay a fine of 35,000 shekels ($10,000).

A few days earlier Israeli rights group B'Tselem said Israel demolished a record number of Palestinian homes in 2019 over permit issues and as a punitive measure aiming to displace Palestinians from their own land.

According to B'Tselem figures, Israel demolished 169 housing units in East Jerusalem in 2019 –more than in any year since 2004, when B'Tselem started keeping records.

The demolitions have left 328 Palestinians homeless, 182 of them minors. In 42 cases, the homeowners demolished their own houses to avoid the hefty levies Israel collects for demolitions it carries out itself. This is the highest number of self-demolitions B'Tselem has recorded since it began keeping track.

B’Tselem said Palestinians in East Jerusalem are effectively left with no choice but to build without permits as a direct result of Israeli policy which makes it practically impossible for them to obtain building permits. Israel uses this policy to further its goal of perpetuating a Jewish majority in Jerusalem. One of the way in which it pursues this goal is by making life in the city unbearable for Palestinian residents, in a bid to push them to leave their homes, ostensibly of their own free will.