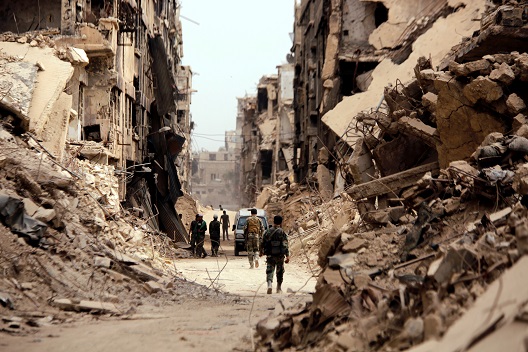 Two Palestinian brothers taking shelter in Daraa province, south of Syria, were subjected to extra-judicial execution by an armed militia affiliated with the Syrian government, a human rights group reported on Saturday.

The young men were fatally shot, along with a Syrian national, on Thursday January 9, one week after they were kidnapped.

Local sources told AGPS that the victims’ bodies were spotted in Daraa AlBalad. Signs of heavy torture figured all over their bodies.