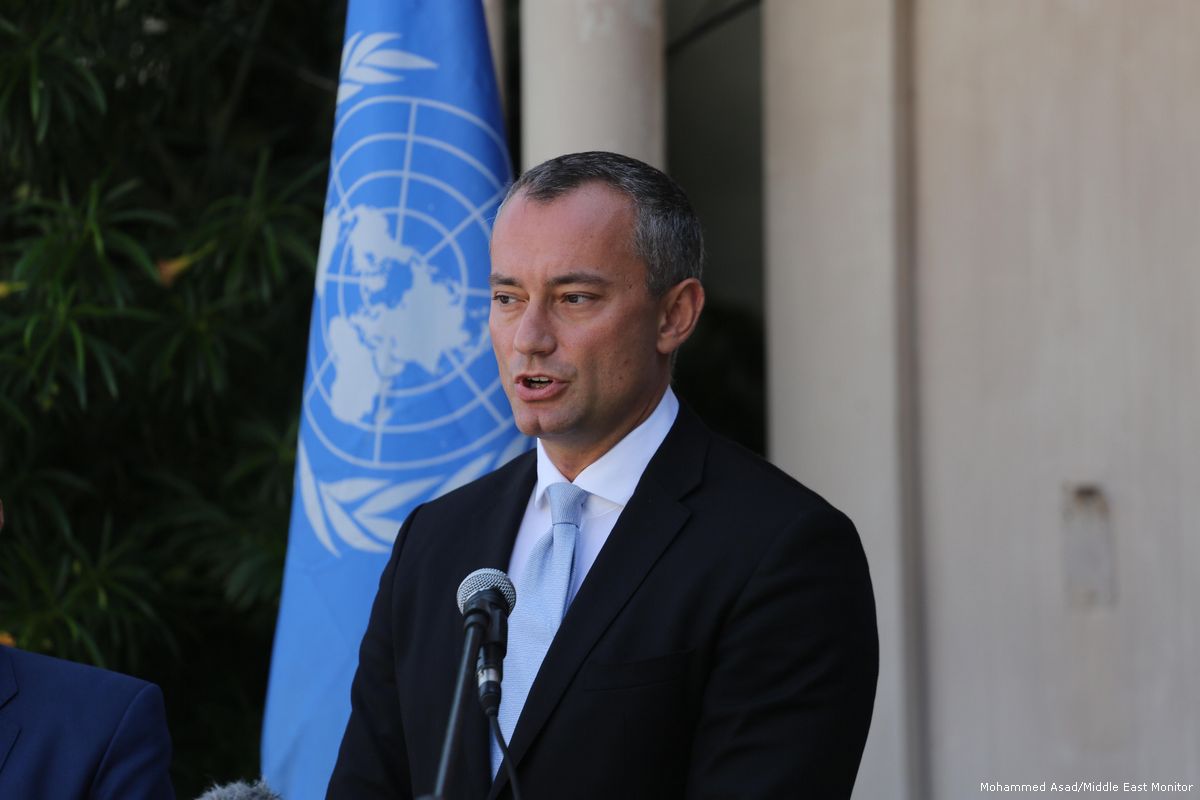 The UN special coordinator for the Middle East Peace Process warned Wednesday against Israel’s plan to annex all or part of area C in the occupied West Bank, Anadolu News Agency reported.

“If [the plan is] implemented, it would deal a devastating blow to the potential of reviving Israeli Palestinian negotiations, advancing regional peace, and the essence of the two-state solution,” Nickolay Mladenov said in a statement.

Israeli Prime Minister Benjamin Netanyahu and his rival in the Blue-White Party, Benny Gantz, promised to annex the Jordan Valley, northern Dead Sea and settlements in the occupied West Bank if they win the upcoming Israeli elections in early March.

Their call was also strongly condemned by the Palestinian presidency which said in a statement that Netanyahu and Gantz's statements threaten peace and stability in the region.

“Such statements are a blow to the foundations of the peace process that would take the region to a dangerous new phase of conflict and instability,” said presidential spokesman, Nabil Abu Rudeineh, in a statement.

The Palestinian government also condemned the Netanyahu and Gantz statements on the annexation of parts of the occupied West Bank, warning that they would take the region into “a new cycle of conflict that will threaten world peace and security.”

Palestinians insist in regaining the entire West Bank along with the Gaza Strip for the establishment of a future Palestinian state. International law views the West Bank and East Jerusalem as occupied territories and considers all Jewish settlement-building activity there illegal.