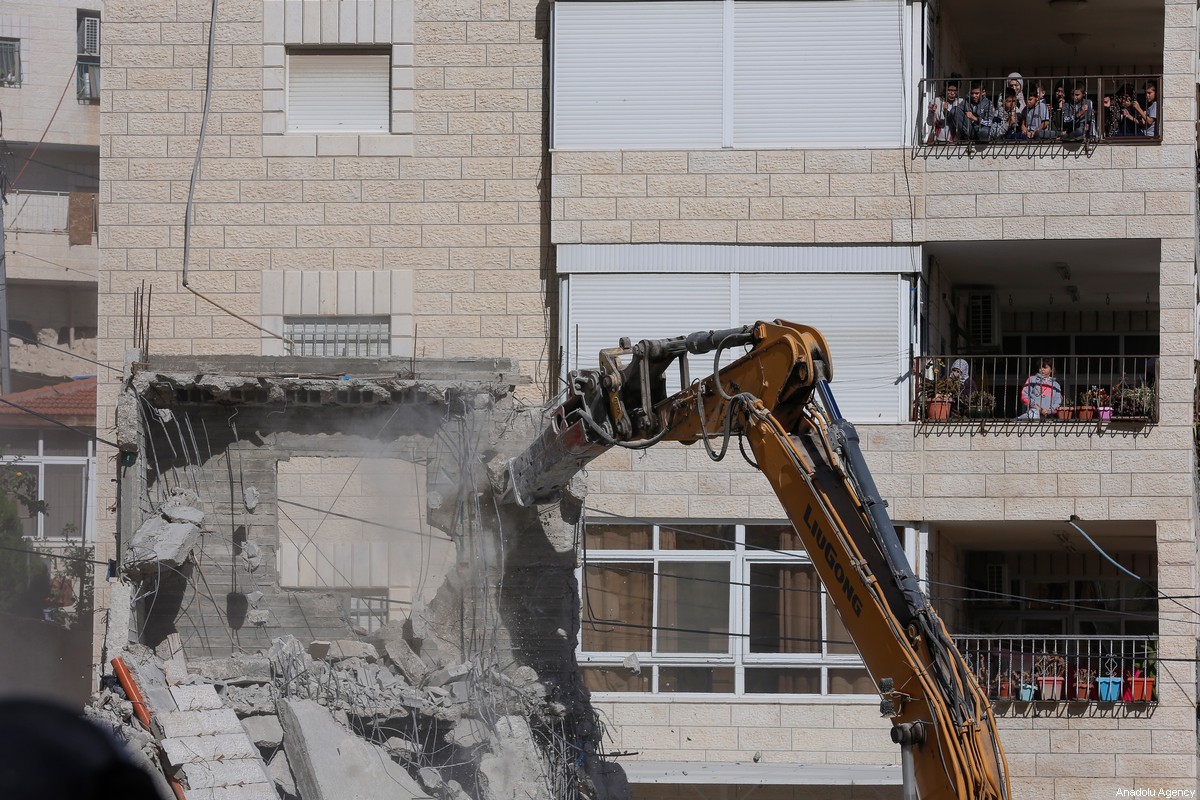 A view of the site as demolition works carried out by an excavator by Israeli forces in Isawiya district of Eastern Jerusalem on 24 December, 2019 [Mostafa Alkharouf/Anadolu Agency]

The British government has voiced serious concern over Israel’s demolition of Palestinian property in the occupied Palestinian territory and the displacement of scores of families as a result, describing the ongoing practice as a violation of international law.

Responding Monday on behalf of the government to a question about the number of Palestinian homes demolished by Israeli occupation forces, Lord Ahmad told Parliament that the UK is “seriously concerned by the continued demolition of Palestinian property by the Israeli authorities”, according to the Middle East Monitor.

The government’s statement added that “the practice causes unnecessary suffering to ordinary Palestinians; calls into question Israel’s commitment to a viable two-state solution and, in all but the most exceptional of cases are contrary to International Humanitarian Law”.

The British government said that officials from the Tel Aviv embassy “have repeatedly raised our concerns about demolitions with the Israeli authorities”, and noted that UK diplomats also raised the issue at the UN Security Council briefing on the Middle East last December.

The government’s answer concluded by calling on “the Israeli authorities to cease the counter-productive policy of demolitions, and provide a clear, transparent route to construction for Palestinians in Area C” of the occupied West Bank.

The vast majority of demolitions carried out by Israeli forces in the occupied West Bank are justified on the basis of having been built without a permit.

It was revealed this week that Israeli authorities approved just 21 out of 1,485 applications from Palestinians for construction permits in Area C of the West Bank between 2016 and 2018.