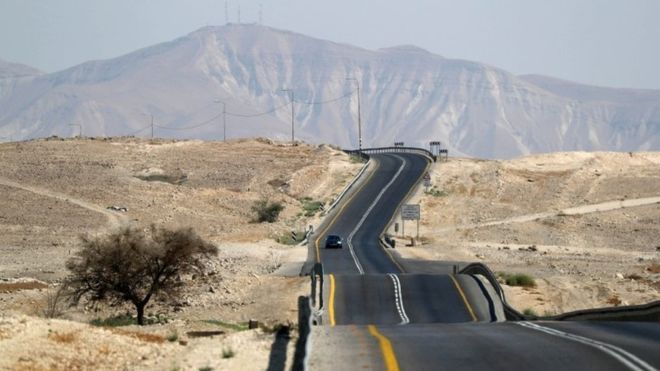 The Jordan Valley accounts for about one-third of the West Bank. Credit: Reuters

Israel's annexation of the Jordan Valley in the occupied Palestinian territories would blow up the foundations of the peace process and destroy the two-state solution, ending all chances of achieving peace, warned Jordanian Minister of Foreign Affairs Ayman Safadi on Thursday.

Safadi warned that Israel's endeavors to undermine the two-state solution through its illegal measures aim at imposing new facts on the ground and threaten to kill all chances of achieving a lasting peace.

The minister pointed out that King Abdullah II has been spearheading intensive and continuous efforts to launch an effective international movement to resolve the conflict on the basis of a two-state solution.

The minister warned that “the killing of hope for peace means fueling despair, undermining moderation, allowing extremism to prevail, and pushing the region towards further conflict and violence.”

Safadi also sounded the alarm over the consequences of the simmering Israeli violations against Muslim and Christian holy sites in occupied Jerusalem.