Prince Charles: “It Breaks My Heart” to See Palestinian Suffering 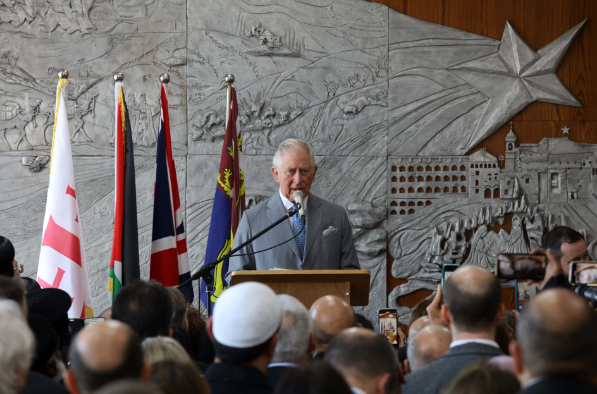 The Prince of Wales has voiced his sympathy with the Palestinian people whom he said have been going through severe hardships in their struggle for “freedom, justice and equality”.

Prince Charles, who made his first visit to occupied Palestine on Friday, said: “It breaks my heart therefore that we should continue to see so much suffering and division.”

“No one arriving in Bethlehem today could miss the signs of continued hardship and the situation you face,” Charles told church leaders and health and education officials during a speech at Casa Nova, a Franciscan pilgrim house in Bethlehem.

“And I can only join you, and all communities, in your prayers for a just and lasting peace”, he stated. “We must pursue this cause with faith and determination, striving to heal the wounds which have caused such pain.”

Prince Charles expressed his “dearest wish” that the future will bring “freedom, justice and equality to all Palestinians” to enable them “to thrive and to prosper.”

Charles also said he was “struck by the energy, warmth and remarkable generosity of the Palestinian people.”

His sentiments of hope for Palestinians come at a time the US President Donald Trump is expected to unveil his long-awaited Middle East peace plan, or the “deal of the century”, which the Palestinian people and leadership have vehemently rejected as it favors Israel, which is believed to receive territory gains and other concessions under the deal.