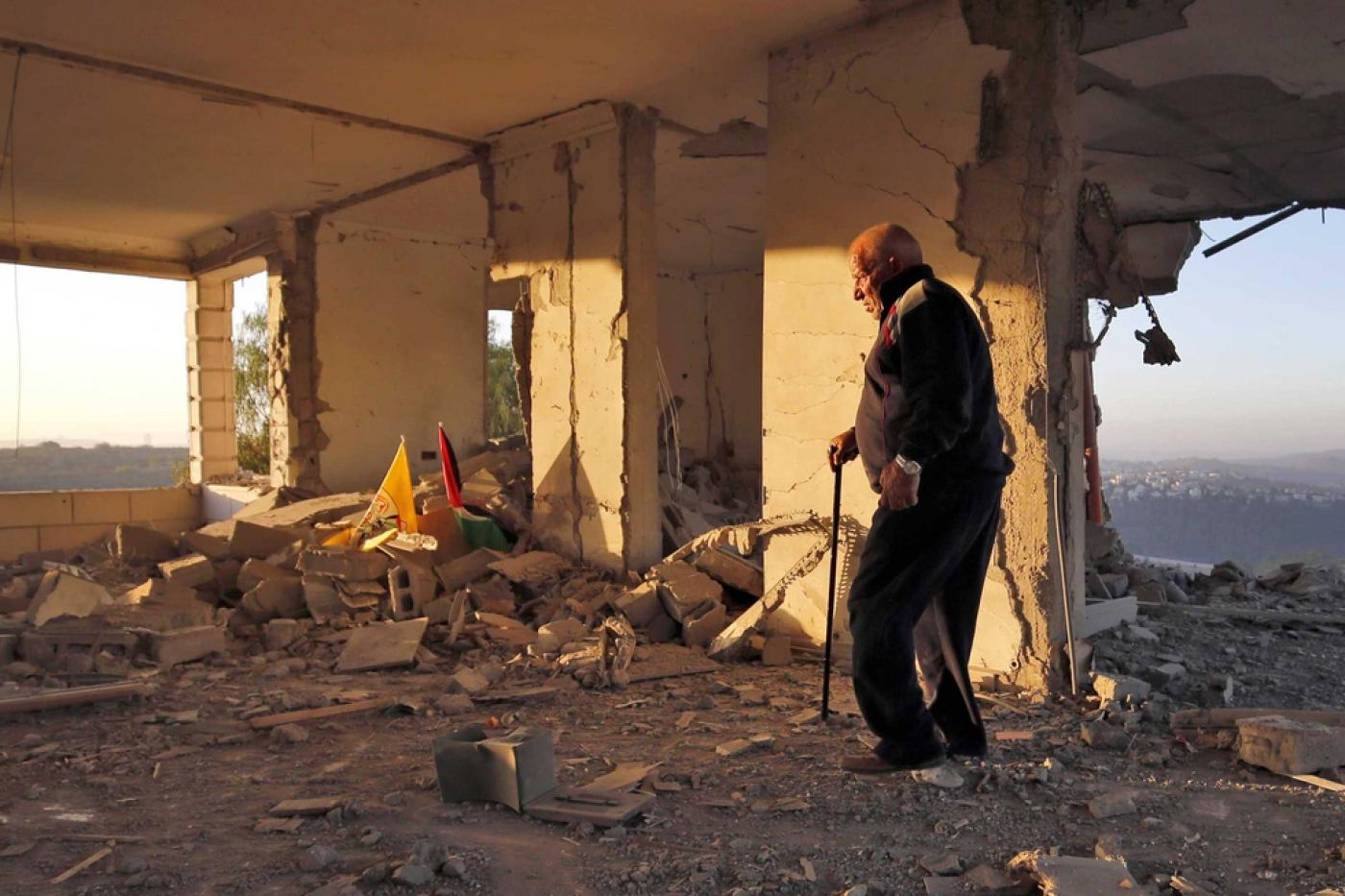 The remains of a house after it was destroyed by Israeli troops in Beit Surik near Jerusalem, 15 November, 2018 (AFP)

Hemaya Center for Human Rights has denounced the decision taken by an Israeli court to evict Palestinian citizens from the apartment building of al-Rajbi family in Silwan district, east Jerusalem, describing the step as “invalid, illegal and against international law.”

In a statement on its website, Hemaya warned that “such a decision aims to perpetuate settlement activity through appropriating Palestinian lands in the West Bank and Jerusalem.”

The Center accused Israel of escalating the use of its ethnic cleansing policy against the Palestinian citizens in Jerusalem and the West Bank, calling such practices “crimes under international law, especially the 1949 Fourth Geneva Convention.”

Hemaya Center called on the international community to force Israel to respect the provisions of international law and the relevant UN resolutions and to stop its demolition and displacement campaigns against the Palestinians.

After a series of legal maneuvers, the Ateret Cohanim settler group recently succeeded in extracting a court verdict ordering the eviction of a Palestinian family from the neighborhood of Silwan near the Old City of Jerusalem on the grounds that the land was owned by Jews before 1948.