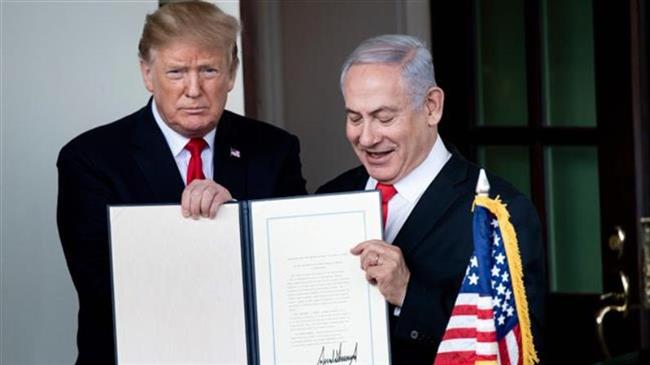 Palestinian Prime Minister Muhammad Shtayyeh called on the international community to take a firm stand in response to the so-called “deal of the century”, drafted by the US, saying it violates international law and Palestinians’ inalienable rights.

Speaking at the opening of the weekly cabinet meeting held in Ramallah, Shtayyeh said the Palestinians have rejected the deal of the century because it is a plot to liquidate the Palestinian cause.

He pointed out that the deal of the century greenlights Israel’s infringement of the national rights of the Palestinian people and their dream to establish in their independent, sovereign state with Jerusalem as its capital.

Shtayyeh added that the deal of the century violates Palestinian refugees’ right of return to their homeland.

The Palestinian PM stressed that the deal, presented by a party that has lost its credibility as an honest broker for a serious and true political process, is a tool to fulfill the wishes of the occupying state headed by Benjamin Netanyahu and does not constitute a basis for resolving the Palestinian-Israeli conflict.

He said that this plan is intended to protect Trump from impeachment and Netanyahu from prison on corruption charges. “This is not a plan for peace in the Middle East, but rather a plan aiming to safe-guard its sponsors,” said Shtayyeh.

“This plan does not give the occupied land back to its people, does not recognize the 1967 borders, does not recognize that Jerusalem is occupied land but rather gives it to Israel as its capital, wages a financial war against the United Nations for Relief and Works Agency for Palestine Refugees, closes the Palestine office in Washington, and works to dry up the financial resources of the (Palestinian) National Authority,” he warned.