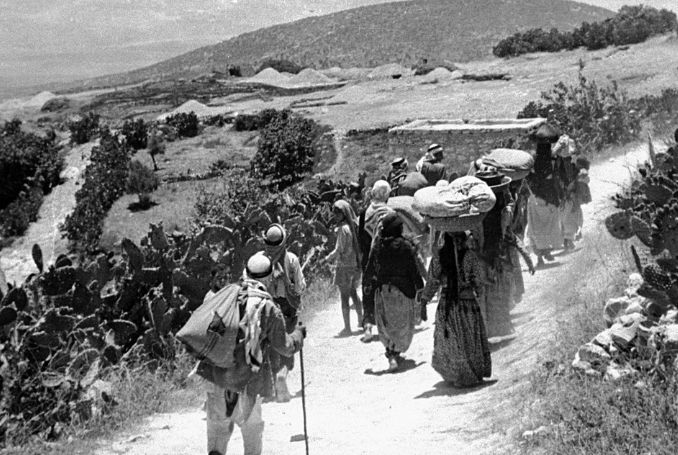 Palestinian masses nationwide and overseas have been deeply angered by the US President Donald Trump’s newly-revealed peace plan, dubbed “the deal of the century”, which they said aims at dealing a heavy blow to the refugees’ internationally-recognized right of return to their homeland—Palestine.

According to UN General Assembly Resolution 194 adopted in 1948, Palestinian refugees are entitled to return to their homeland. However, Israel insists the refugees stay where they are as their return may greatly change regional demographics and create security concerns.

As figures in section 16 of the plan, “to be eligible for any refugee rights under the Israeli-Palestinian Peace Agreement, individuals must be in Registered Refugee status by UNRWA, as of the date of release of this Vision.”

According to the plan, “UNRWA’s mandate, and its multi-generational definition of who constitutes a refugee, has exacerbated the refugee crisis. Under any circumstance, individuals who have already resettled in a permanent location (to be further defined in the Israeli-Palestinian Peace Agreement) will not be eligible for resettlement, and will be eligible only for compensation.”

The plan envisions three options for Palestinian refugees seeking a permanent place of residence: Absorption into the State of Palestine; Local integration in current host countries (subject to those countries consent); or the acceptance of 5,000 refugees each year, for up to ten years (50,000 total refugees), in individual Organization of Islamic Cooperation member countries who agree to participate in Palestinian refugee resettlement (subject to those individual countries’ agreement).

The plan also seeks to dismantle Palestinian refugee camps across the Israeli-occupied territories and replacing them with new residential communities, a move that represents another threat to Palestinians’ refugee status and, thus, their right of return to their homeland.

The White House released a statement, titled "Peace to prosperity: a vision to improve the lives of the Palestinian and Israeli people," after Trump finished his televised speech outlining his Middle East plan.