Qatar: Peace Cannot Be Achieved if Palestinians’ Right of Return Is Not Protected 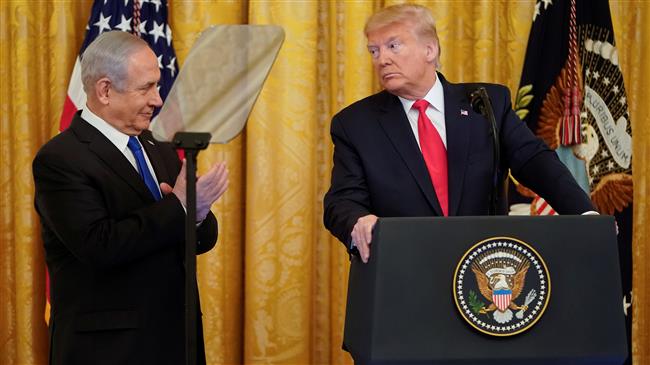 The Qatari Foreign Ministry emphasized that peace cannot see the day without safeguarding Palestinians’ rights by enabling them to establish their own sovereign state on the 1967 boundaries.

In a statement issued in response to the US President Donal Trump’s announcement of his controversial “peace deal”, the Qatari ministry said Doha appreciated what it called American efforts to find solutions to the conflict as long as they are within the framework of international legitimacy.

However, peace initiatives to solve the seven-decade conflict cannot materialize on the ground if Palestinians’ inalienable rights, including their right to return to their homeland and establish an independent Palestinian State along the 1967 borders, are infringed, added the ministry.

After months of running a vast propaganda machine to drum up support for his self-proclaimed 'Deal of the Century,' US President Donald Trump has finally unveiled what he believes can serve as a final antidote to the bitter and brutal Israeli-Palestinian conflict that has dragged on for seven decades.