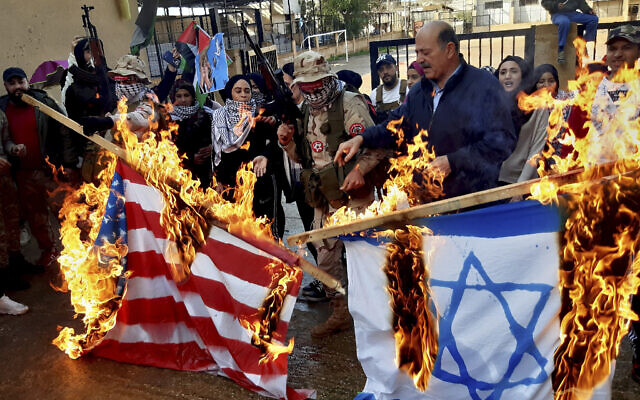 Angry protesters burn the US and the Israeli flags, during a protest against the White House plan for ending the Israeli-Palestinian conflict, at Ein el-Hilweh refugee camp, in the southern port city of Sidon, Lebanon on January 29, 2020. (AP/Mohammed Zaa

Thousands of Palestinians and pro-Palestine supporters have gathered downtown across a number of Arab and Middle Eastern countries, voicing their firm rejection of the peace plan announced by the US President Donald Trump.

In the Palestinian territories, protesters were shot and injured on Thursday by rubber-coated metal bullets and teargas as Israeli soldiers attacked protesters in Ramallah and AlKhalil in the occupied West Bank.

In Ramallah, a large number of Palestinians participated in a protest march to the northern end of the city where the Israeli army maintains a checkpoint known as the DCO.

In AlKhalil, in the south of the West Bank, Palestinian protesters clashed with Israeli soldiers at more than one location, according to reports.

Similar clashes were reported at Arroub refugee camp and the town of Sair, north of AlKhalil, where soldiers also dispersed the protesters using teargas and rubber bullets.

As US President Donald Trump unveiled the details of his peace plan Jan. 28, dozens of Jordanians also rallied in front of the US Embassy in Amman. They decried the so-called "deal of the century" and demanded the closure of the US and Israeli embassies in Amman.

At the sit-in, the protesters chanted, “Raise your voice," "Down with the Americans' approach," "No embassy for the Zionist entity on your land, O Amman," "No US embassy on your land, Amman," "Palestine is an Arab [state]" and "Down with Wadi Araba,” a reference to peace agreements with Israel.

They rejected Trump's declaration of Jerusalem as the undivided capital of Israel and denounced the plan for denying Palestinian refugees the right to return to Palestine.

The popular position against the deal mirrors the official Jordanian position. The kingdom hosts 2.1 million Palestinian refugees and holds custodianship of the holy sites in Jerusalem.

King Abdullah II had explicitly voiced his rejection of the US plan during his Jan. 26 visit to Aqaba. “Our position is very well known toward the so-called 'deal of the century.' The word ‘no’ is clear to everyone,” he said.

Meanwhile, “Insulting”, “Shameful”, “A disgrace” were some of the words used by Palestinian refugees in Lebanon over the past few days to describe the White House plan for ending the Israel-Palestinian conflict.

At refugee camps across the country, Palestinians staged strikes, protests and sit-ins a day after US President Donald trump revealed the long-awaited details of the plan, denouncing it as ridiculously lop-sided and saying it gives them no rights.

“Trump’s words mean nothing to us. This isn’t his land for him to bargain or sell or give to someone else,” said Sawsan Warde, a middle-aged Palestinian woman at the crowded Bourj al-Barajneh camp in the Lebanese capital. “He can give the Jewish people or Netanyahu a part of his land, but Palestine is for us. It was, it is and will always be ours.”

The words reflected the deep bitterness felt by Palestinians at the plan unveiled by Trump and Prime Minister Benjamin Netanyahu at the White House on Tuesday. The plan supports the Israeli position on nearly all of the most contentious issues in the decades-old conflict and falls far short of Palestinian demands, leaving them with disjointed areas and allowing Israel to annex its settlements in the West Bank.

Among Palestinian refugees, many likened the plan to the Balfour Declaration, the British government’s promise in 1917 to Zionists to create a Jewish home in Palestine.

“This is an extension of the Balfour declaration,” said Mariam Gebril, who took part in a protest at the Ein el-Hilweh refugee camp — an overpopulated, sprawling territory just south of Beirut that houses up to 70,000 refugees and their descendants.

“Trump thinks he controls the world and other countries. He imposes sanctions, opens and closes embassies as he wishes. … The world doesn’t work this way,” she said, saying Palestinians need to fight back with weapons because diplomacy and negotiations do not work.

Protesters burned tires and pictures of Trump and Netanyahu. They also set on fire to American and Israeli flags. Many expressed outrage at Gulf Arab countries they see as complicit in the plan unveiled Tuesday. 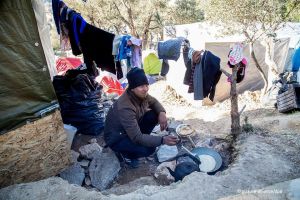 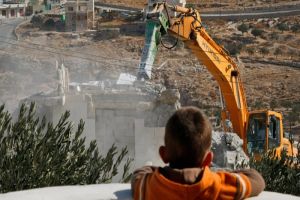 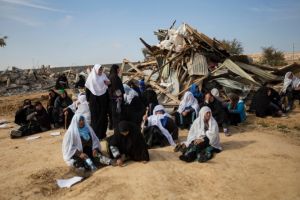 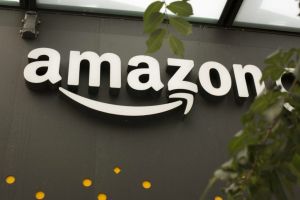