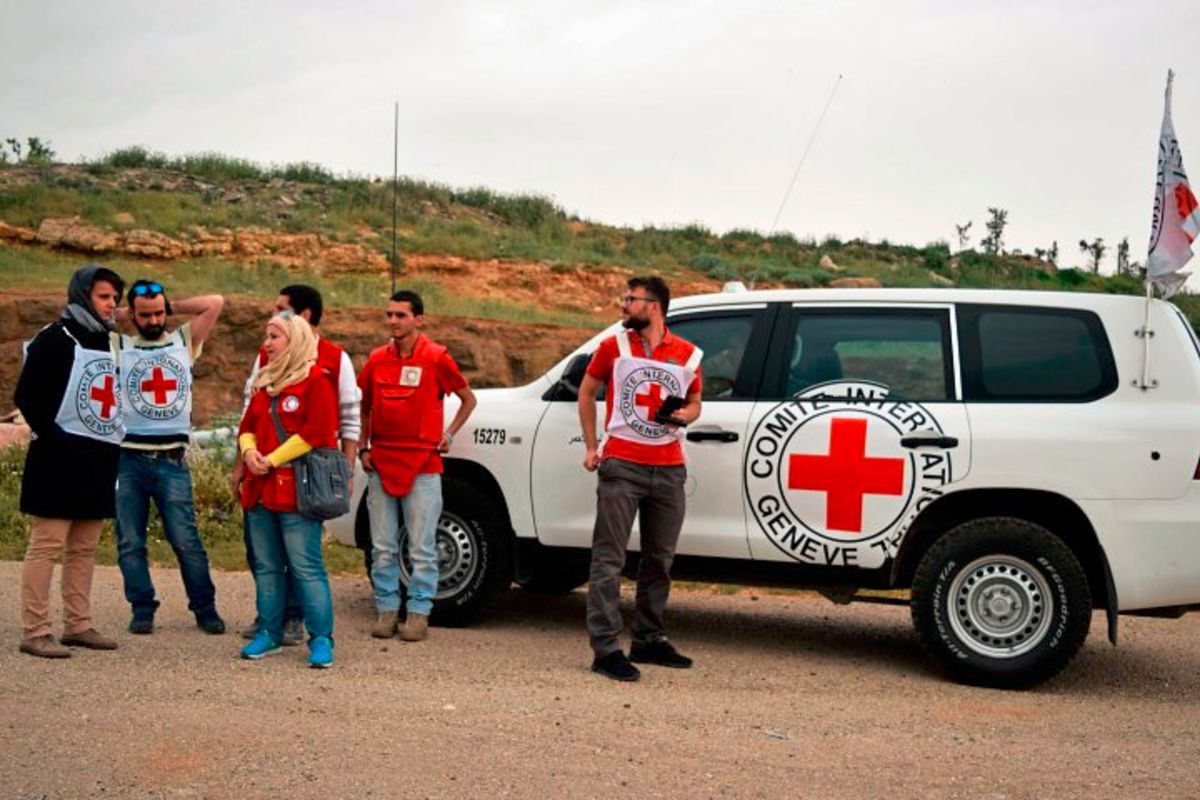 Head of the International Red Cross envoy in Damascus Philip Alexander was updated on the calamitous situation of Palestinian refugees in war-ravaged Syria.

This came in a meeting with Palestinian Ambassador Anwar Abdul Hadi, also Director-General of the Palestine Liberation Organization’s (PLO) political department, at the Damascus office of the Red Cross.

According to a statement issued by the PLO’s political department, Ambassador Abdul Hadi stressed the need for coordination between all concerned parties, including UNRWA and the Red Cross, in order to set practical measures aiming at assuaging the alarming humanitarian condition of the Palestinians of Syria.

The PLO delegate briefed the Red Cross envoy about the poor services received by Palestinian refugees at the Red Crescent-run Bisan Clinic in Syria and the acute dearth in medicines and medical equipment.

The Red Cross representative gave pledges to reach out to all concerned bodies in order to help enhance the quality of healthcare services and food assistance.

After eight years of conflict, Palestinian refugees in and from Syria continue to face significant humanitarian and protection needs. In the absence of a durable political settlement, intense hostilities and violence resulting in deaths and injuries, internal displacement, loss of livelihoods, decreases in the provision of public services, and extensive damage to civilian infrastructure have disrupted the lives of civilians and severely undermined coping mechanisms.

According to UNRWA’s database, of the estimated 438,000 Palestine refugees remaining inside Syria, over 95 per cent (418,000) are in critical need of sustained humanitarian assistance. Some 254,000 Palestine refugees have been displaced at least once since the beginning of the conflict and an estimated 13,500 are trapped in hard-to reach or inaccessible locations.