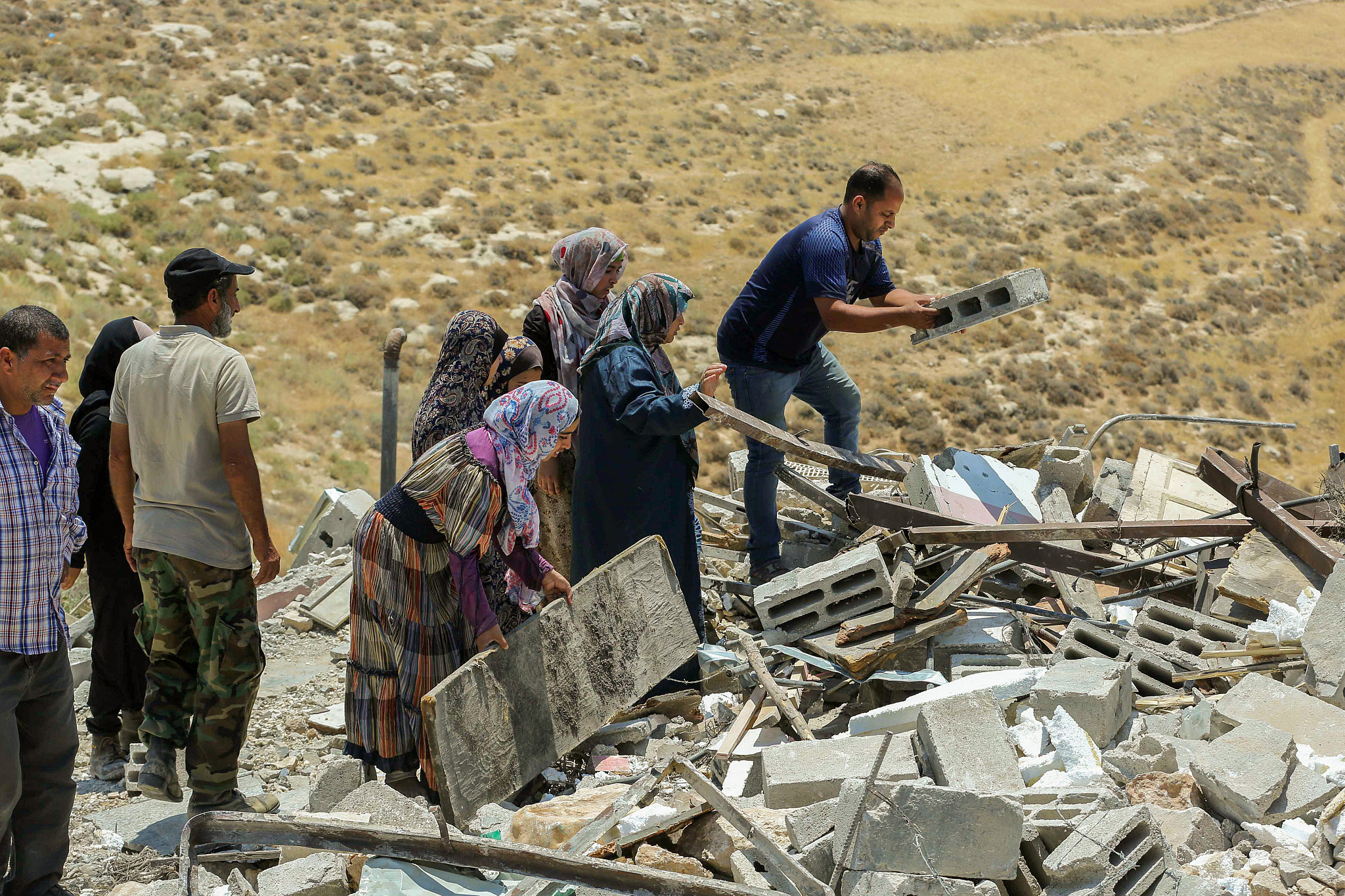 The Israeli occupation forces continue to knock down Palestinian homes and force civilians to demolish their own houses across the occupied Palestinian territories, displacing several families.

Local sources quoted Shuwaiki as stating that he received a notice giving him two days to remove the equipment he used to demolish his house and ordering him not to enter his land again.

He said the Israeli municipality informed him that a school will be built on the ruins of his home.

At the same time, the Israeli municipality demolished a fence belonging to another Jerusalemite citizen near the razed house of Shuwaiki.

In al-Khalil, the Israeli occupation army demolished a Palestinian house in Jabel Joher area in the east of the city at the pretext it was located near the settlement of Kiryat Arba.

Local sources confirmed that Israeli forces escorted a bulldozer to Jabal Joher, adjacent to the illegal colonial settlement of Kiryat Arba, where the heavy machine tore down the structure, displacing a family of five members.

The structure owner was identified as Belal al-Rajabi.

Israel demolishes Palestinian houses on a regular basis under the pretext of unlicensed construction.

Israel also denies planning permits for Palestinians to build on their own land or to extend existing houses to accommodate natural growth, particularly in Jerusalem and Area C, which constitutes 60 percent of the occupied West Bank and falls under full Israeli military rule, forcing residents to build without obtaining rarely-granted permits to provide shelters for their families.