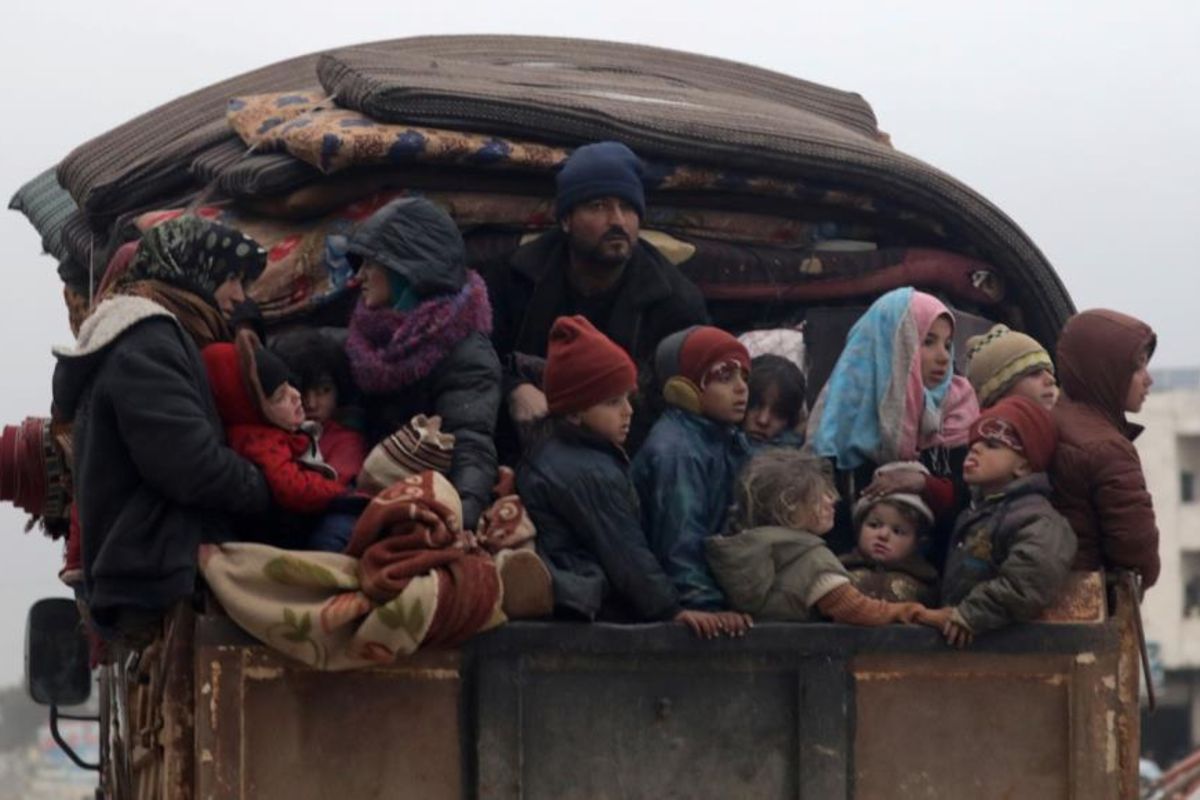 At least 7,500 Palestinian refugees displaced from the refugee camps of Daraa, Homs, Aleppo and Yarmouk are currently living in Northern Syria, the Documentation Civil Centre for Palestinian Refugees in North Syria confirmed on Friday.

Speaking to Quds Press, director of the centre, Abu Mohannad, stated: “The Palestinian refugee families are scattered across several cities in North Syria.”

He noted that several Turkish charities and NGOs, which enter through Turkey, are supervising a number of refugee camps providing them with water tanks, food parcels, kitchen appliances, clothes and heating.

Abu Mohannad told Quds Press that the situation in the east of Idlib is very difficult, due to the ongoing battles between the opposition forces and the Syrian regime, pushing the Palestinian refugees to move towards Afrin.

He pointed out that these are rural areas, so there are not enough homes to host the refugees. Therefore, most of the refugees live in primitive arbitrary camps without access to electricity and basic services.

Palestinian refugee, Fares Ahmed, told Quds Press that he did not witness the 1948 Nakba, but he experienced it when he was displaced from Yarmouk Camp in 2018.

According to Abu Mohannad, the United Nations Relief and Works Agency for Palestine Refugees in the Near East (UNRWA) is completely absent in North Syria. However, he disclosed that there are many other United Nations groups entering through Turkey.

He accused the Palestine Liberation Organization of “completely” turning its back on the refugees’ cries for help.

Hundreds of Palestinian families have been struggling for survival in the poorly-equipped Deir Ballout and Muhammadiya camps, after they were forced out of Yarmouk and southern Damascus towns. For many displaced Palestinian refugees, the perils of winter weather add to the torment already experienced throughout the conflict.