PRC Issues 2018 Annual Report about Situation of Palestinians of Syria 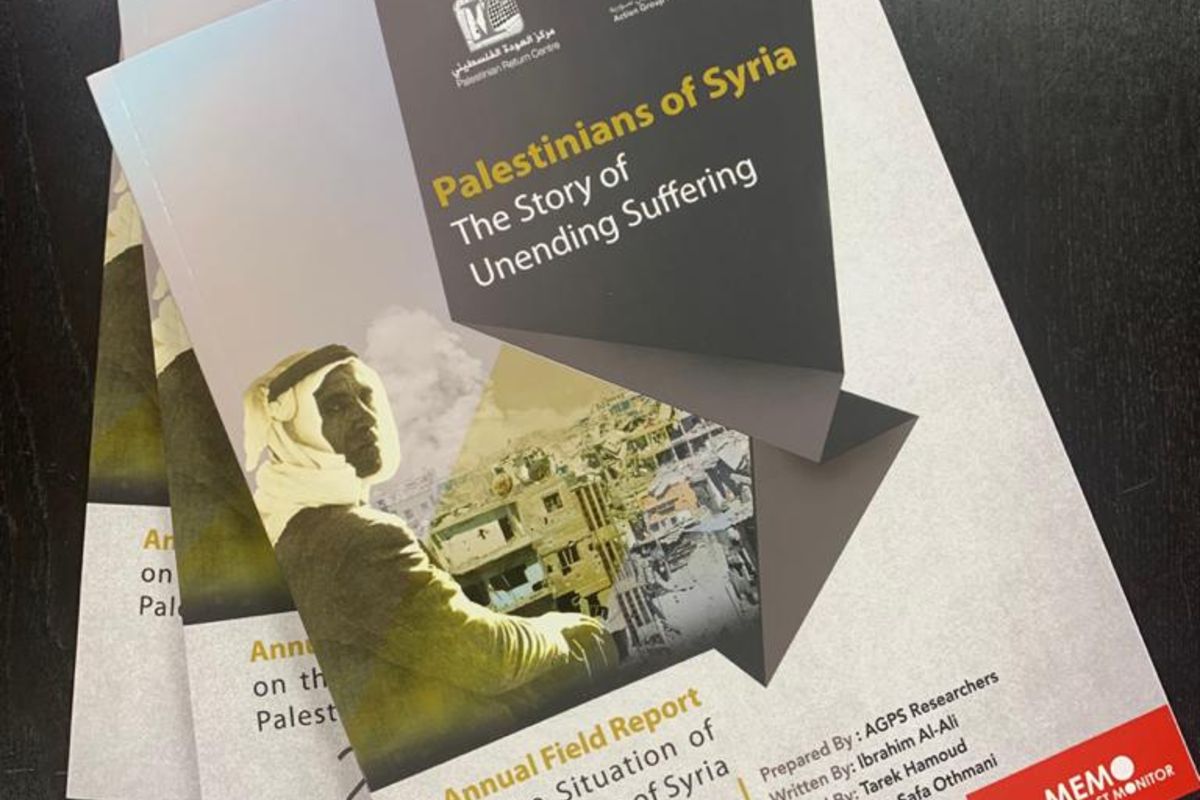 The 270-page report provides fact-based data and statistics about the number of victims and detainees among PRS.

The Palestinian Return Centre (PRC), in partnership with the Action Group for Palestinians of Syria (AGPS) and Middle East Monitor (MEMO), issued the English version of the annual report documenting the situation of Palestinian refugees in/from Syria (PRS) in 2018.

Entitled “Palestinians of Syria: The Story of Unending Suffering”, the report underscore the calamitous situation of Palestinian refugees in and outside the war-ravaged country due to war-related incidents from March 2011 to the end of December 2018.

The 270-page report provides fact-based data and statistics about the number of victims and detainees among PRS.

As figures in the report, though the number of victims and detainees relatively shrunk back compared to previous years, dozens of PRS were pronounced dead in 2018.

Citing AGPS data, the report said that as many as 3,911 PRS died of war-related incidents since the outbreak of the bloody conflict in March 2011 until the end of 2018. 1,714 were detained during the same period. In 2018 alone, the warfare took away the lives of 276 PRS and led to the incarceration of 16 others.

The report also underscores the crises endured by the Palestinian community in refugee camps across and outside of the Syrian territories.

At the same time, the study provides a detailed account of the violations perpetrated against the Palestinians of Syria in their quest to seek asylum and on their way to Europe.

The data has been compiled by a team of field reporters, news correspondents, journalists, photographers and researchers.

Last week, the United Nations Relief and Works Agency for Palestine Refugees in the Near East (UNRWA) said in its 2020 Syria regional crisis emergency appeal that 126,000 PRS are identified as extremely vulnerable; 89% live in poverty; 91% live in extreme poverty; and 80% rely on UNRWA cash assistance as their main source of income.