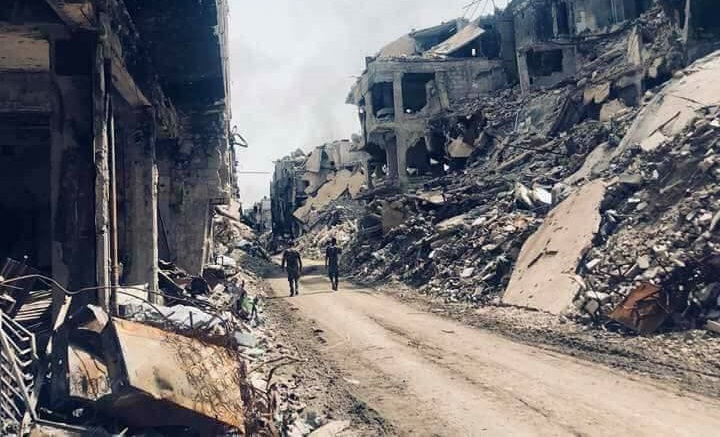 A resident of Yarmouk Camp for Palestinian refugees, in Damascus, was pronounced dead after thieves hit him in the head with timber beams, causing his immediate death and sparking tension in the ravaged camp, according to eye-witnesses.

The victim’s family was reportedly forced to cancel a lawsuit after they received death and intimidation threats.

The family and local activists slammed the silence maintained by the Palestine Liberation Organization and Palestinian factions about crimes and violations, including property-theft, committed against civilians in the camp.

Eye-witnesses added that burglary attempts have been ongoing in Loubiya and Safad streets in the camp. Furniture, wooden planks, and belongings have been stolen around the clock.

Reports of theft have increasingly emerged in Yarmouk after the Syrian government forces regained control over the camp and adjacent zones in Damascus.

The Syrian government forces recaptured Yarmouk Camp and southern Damascus towns following a 33-day military operation launched in April 2018. Dozens of civilians were killed and dozens more injured in the offensive. Over 60% of buildings have gone either totally or partially destroyed in the warfare.

The displaced families continue to appeal to all concerned parties to work on securing their safe return to their homes in order to retrieve their properties and belongings.