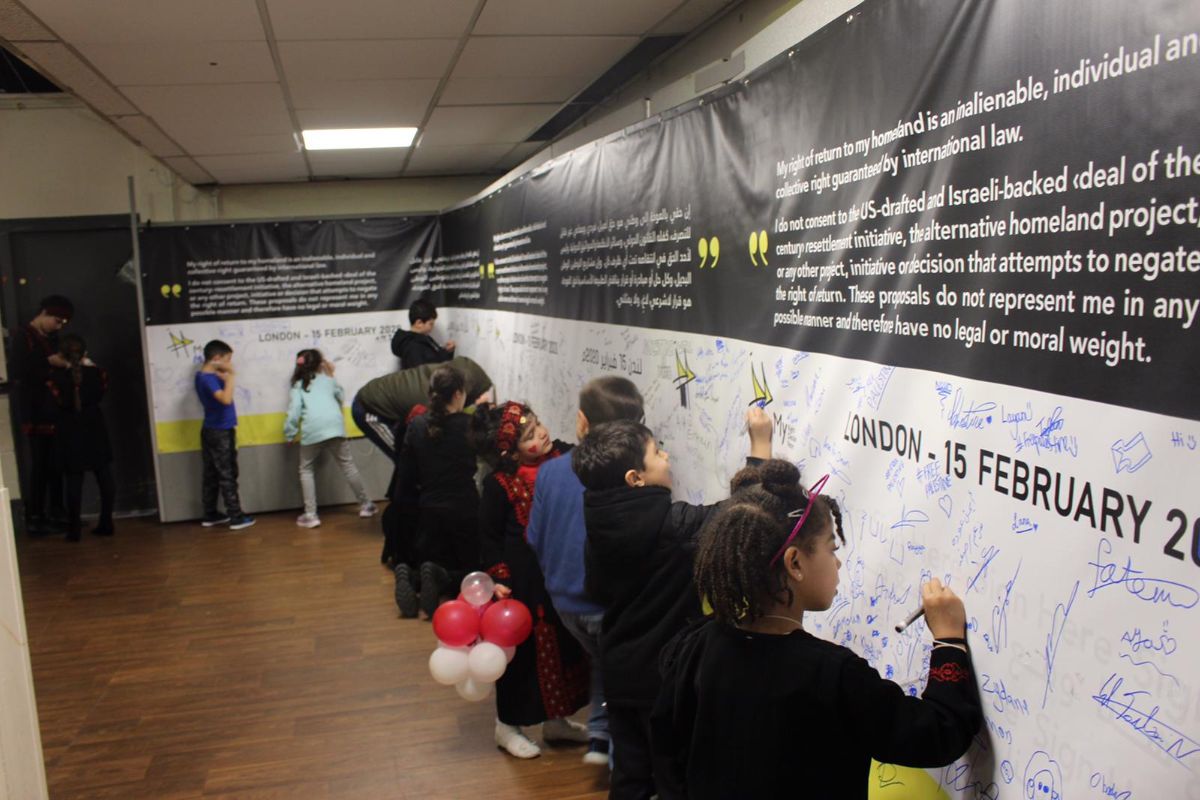 Hundreds of Palestinians in Britain signed the “Return My Right My Decision” petition launched by the Palestinian Return Centre (PRC) in an attempt to garner the largest possible number of signatures confirming Palestinians’ commitment to their internationally-guaranteed right of return.

This came on the sidelines of the Palestine Festival launched by the Palestinians in Britain Forum and other pro-Palestine groups on February 15.

A group of 1,000 Palestinian and foreign volunteers took part in the international campaign and briefed the participants about the objectives of the petition.

PRC—an organization in consultative status with the United Nations Social and Economic Council—aims to collect hundreds of other signatures, before forwarding the final list to the UN.

“My Right, My Decision Campaign” is a popular, voluntary campaign launched by PRC, in cooperation with national and international Palestinian partners. The international campaign seeks to collect the largest number of signatures on a petition rejecting the US/Israel endeavors to negate Palestinians’ refugee status and the internationally-recognized right of return.

The petition aims to mobilize support for the world’s largest pro-Palestine group denouncing the US ‘deal of the century’ and opposing all attempts to negate the right of return. The campaign seeks to turn such an inalienable right into an international cause.