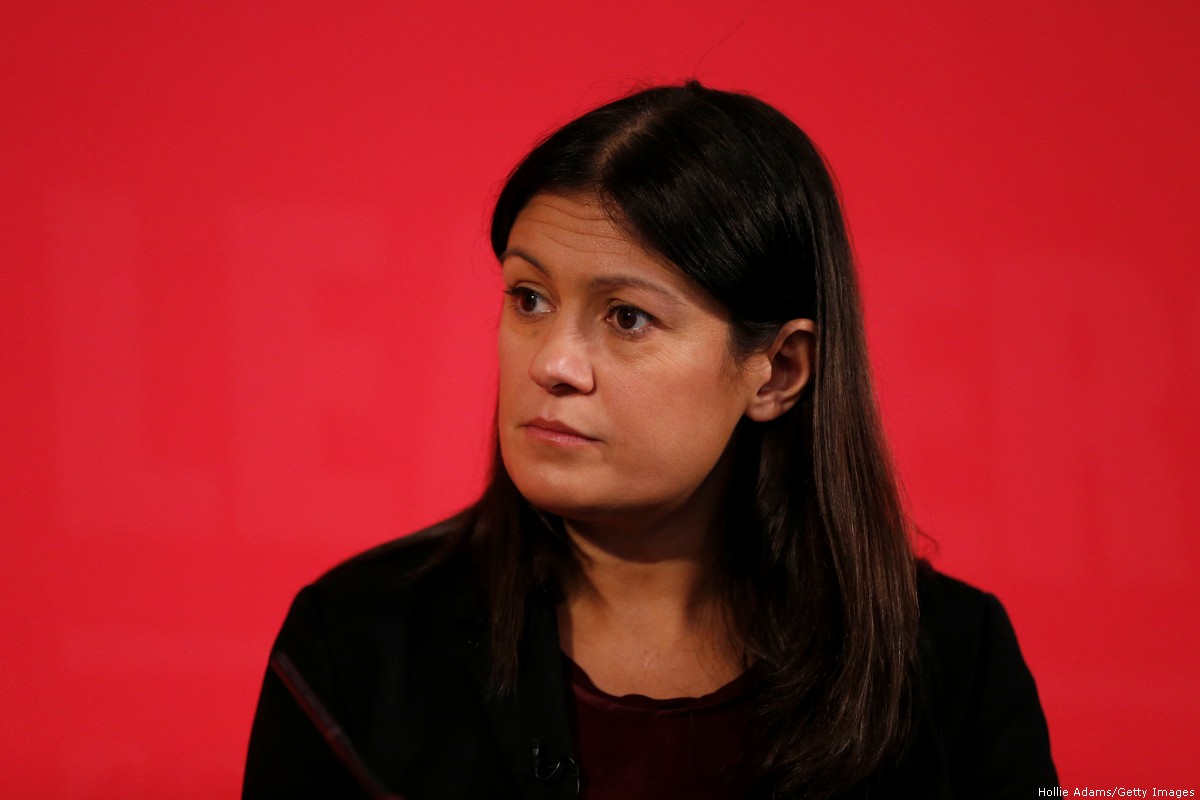 Lisa Nandy speaking at a hustings event for Labour Leader and Deputy Leader, hosted by the Co-operative Party, at the Business Design Centre on February 16, 2020 [Hollie Adams/Getty Images]

Labour leadership candidate Lisa Nandy has endorsed a series of pledges in support of the Palestinian cause amid growing concerns that the party has been making too many concessions to British pro-Israeli groups in a bid to mend ties with sections of the Jewish community critical of Jeremy Corbyn.

“I have and always will support Palestinian rights. That’s why I oppose Trump’s ‘plan,’ have campaigned against British business profiting from the OPTs [Occupied Palestinian Territories] and support any embargo on arms deals which violates human rights,” said Nandy in a tweet in response to a letter by the Palestine Solidarity Campaign (PSC), calling on all the leadership candidates to commit to “ensuring that the Labour Party’s policy towards Palestine is rooted in respecting international law and UN resolutions.”

The letter also called for the protection of “the core collective rights of the Palestinian people including their right to self-determination and the right to return to the homes from which they were forced to flee.”

Furthermore, it called for a commitment to “ethical trade policy including in relation to Israel, and including a commitment to stop any arms trade with Israel used in the violation of human rights of Palestinians.”

Prior to Nandy’s endorsement of PSC’s letter, a pro-Israel group the Jewish Labour Movement (JLM) nominated her to be party leader, having withdrawn their support for Labour during the last general election in protest against Corbyn.