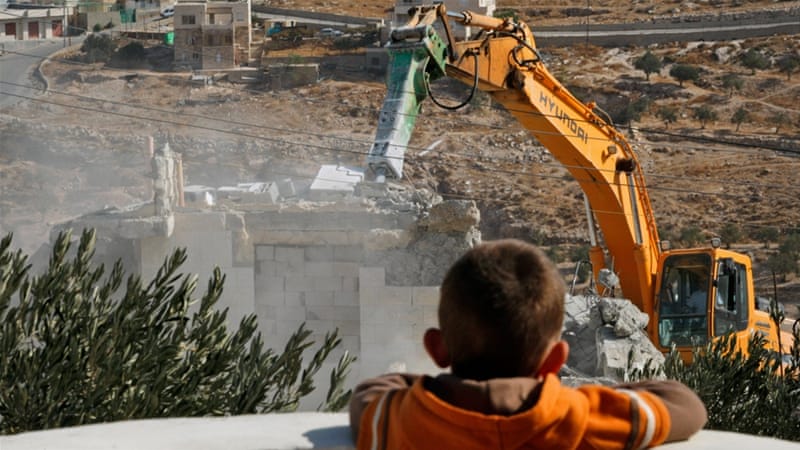 Israel’s Jerusalem on Monday ordered a Palestinian citizen to knock down his own house on claims it was built without unlicensed construction, displacing his family.

Palestinian citizen Muntaser Shuqairat said the Israeli occupation authorities forced him to self-demolish his two-story home in more than 24 hours.

Had Muntasar objected the demolition order, he would have been made to pay dozens of thousands of shekels as a compensation for the charges of the demolition in case it was carried out by the Israeli municipality.

The house owner said had been given until Monday night to start with with the demolition process or else Israeli bulldozers would reduce it to rubble.

The Israeli municipality had already demolished a house belonging to the family of Shuqairat a few months ago.

The Israeli occupation authority systematically carries out demolitions against Palestinian homes and property in east Jerusalem in an attempt to wipe out the city’s inherently Palestinian character.

Israel also imposes building restrictions on the Palestinian natives in Jerusalem and makes it hard for them to obtain construction licenses.