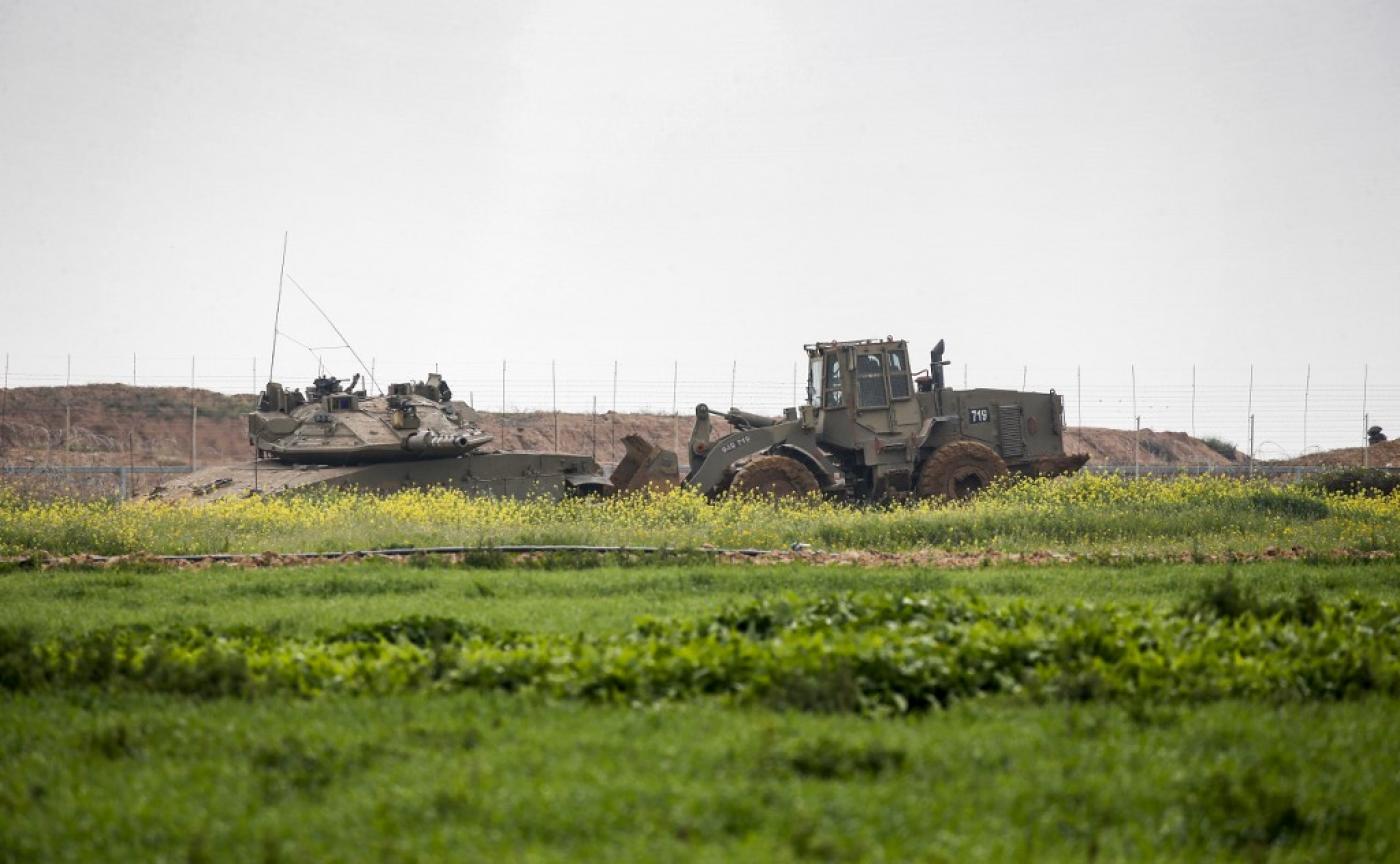 Footage showed an Israeli army bulldozer, escorted by a tank, confronting young men who tried to evacuate the wounded (AFP)

A Palestinian was fatally shot and others wounded on Sunday after Israeli troops deployed near the perimeter fence surrounding the coastal enclave unleashed barrages of gunfire on Palestinians near the Khan Younis refugee camp, south of the Gaza Strip.

WAFA News Agency quoted a paramedic from the Palestinian Red Crescent as stating that Israeli troops opened gunfire at Palestinian civilians and injured two of them, as they were trying to pull out the body of a Palestinian youth who was killed in an Israeli artillery attack last night.

The two injured Palestinians were rushed to hospital for medical treatment.

An Israeli bulldozer was later seen pulling out the body of the slain Palestinian youth in a sadist manner to the Israeli side of the perimeter fence, sparking outrage on social media.

Footage widely shared and condemned by Palestinians and others on social media showed an Israeli army bulldozer, escorted by a Merkava battle tank, confronting young men who tried to evacuate the wounded. The bulldozer is then seen carrying a dead man's body along by his clothes.

The Legal Centre for Arab Minority Rights in Israel (Adala) has demanded a criminal investigation into the incident.

In a letter to Israeli Chief Military Advocate General Sharon Afek, the centre cited international laws that could classify the incident as a "war crime". It also said the action violates Israeli laws.

"The Israeli Supreme Court has likewise recognised in past rulings that harm to the dignity of the deceased is a violation of Israel's basic law: human dignity and liberty," the centre said.