Former Lebanese Minister: “My Return” Campaign Key Step to Face Up to US Peace Plan 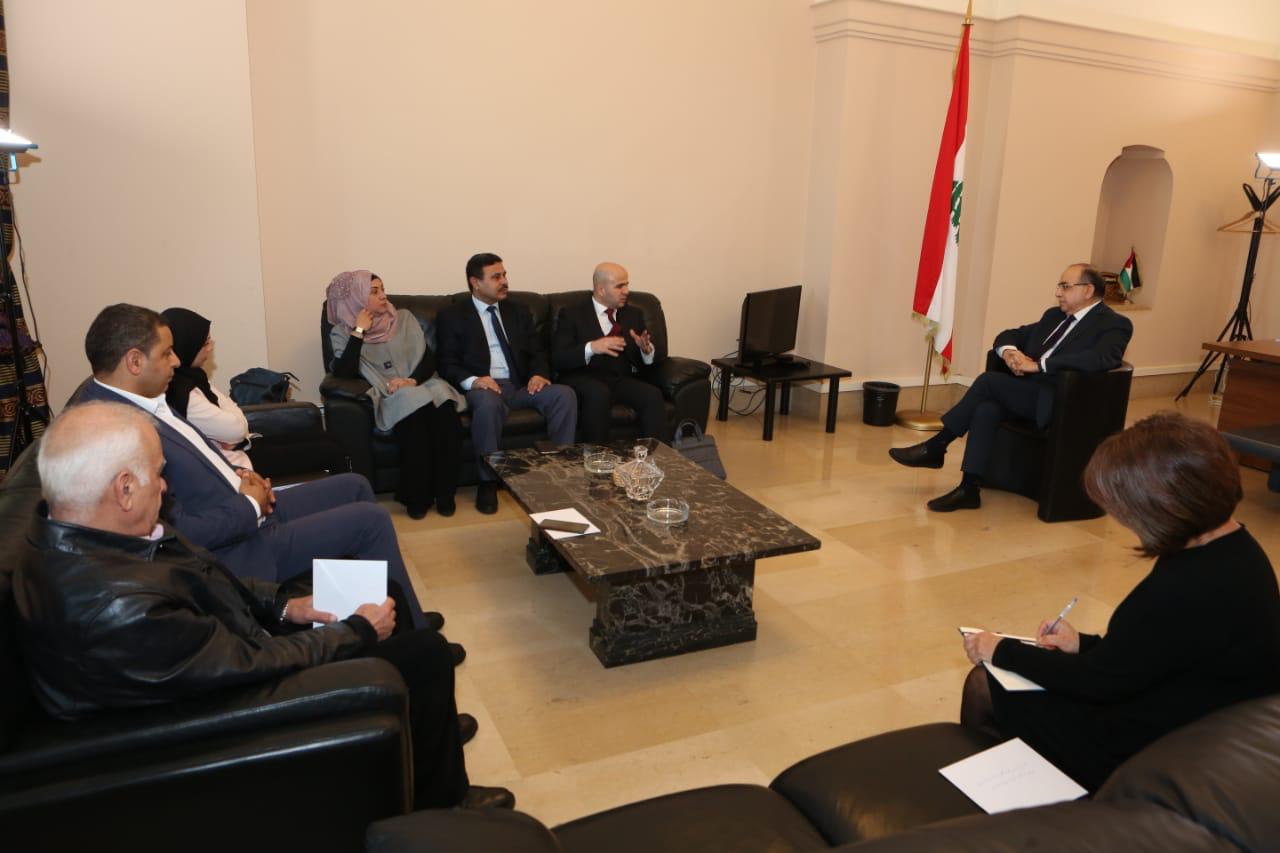 “My Return” Campaign officially saw the day on February 20, in Jordan’s capital Amman at the parliament’s headquarters.

Head of the Lebanese-Palestinian dialogue committee, Dr. Hasan Mneimnah, an ex-minister, lauded the efforts launched by the Palestinian Return Center (PRC) and other pro-Palestine partners in favor of the “My Return” Campaign aiming to mobilize international support for Palestinians’ right of return to their homeland—Palestine.

This came during a meeting held on Monday, February 24, with a delegation led by PRC’s Director Tareq Hammoud and other delegates representing Palestinian and national NGOs, including the head of the 302 Committee to Defend Refugee Rights Ali Huweidi and director of Thabet Organization for the Right of Return Sami Hammoud. The meeting was held at the headquarters of the Palestinian-Lebanese dialogue committee.

Mr. Tareq Hammoud briefed Mneimneh and the present delegates about the repercussions of the US Mideast peace plan and its dangerous implications regarding the Palestinian refugee issue and the right of return.

Mr. Hammoud also underscored the importance of the “My Return” campaign which he said comes at a time when efforts have been under full swing by the US and Israel to negate Palestinians’ refugee status and delegitimize the right of return.

PRC’s Director underscored the valuable weight of the individual signatures on the “My Return” petition as a means to speak up for Palestinians’ right of return to their homes in Palestine.

Dr. Mneimneh hailed the efforts made in this regard and announced his extensive support for the campaign which he said is the first step to respond to the US Donald Trump’s “deal of the century”.

Mneimneh also said the Lebanese people will always stand by the Palestinians and stand on guard to all initiatives aiming to resettle Palestinian refugees in another country and deny their right of return.

“My Return” Campaign officially saw the day on February 20, in Jordan’s capital Amman at the parliament’s headquarters. It is expected to be launched in Beirut on February 27.

The right of return refers to the right of Palestinian refugees to return to their homeland from which they have been expelled since 1948. It implies both first-generation refugees and their descendants, regardless of their place of birth or residence and their political, social, and economic conditions.