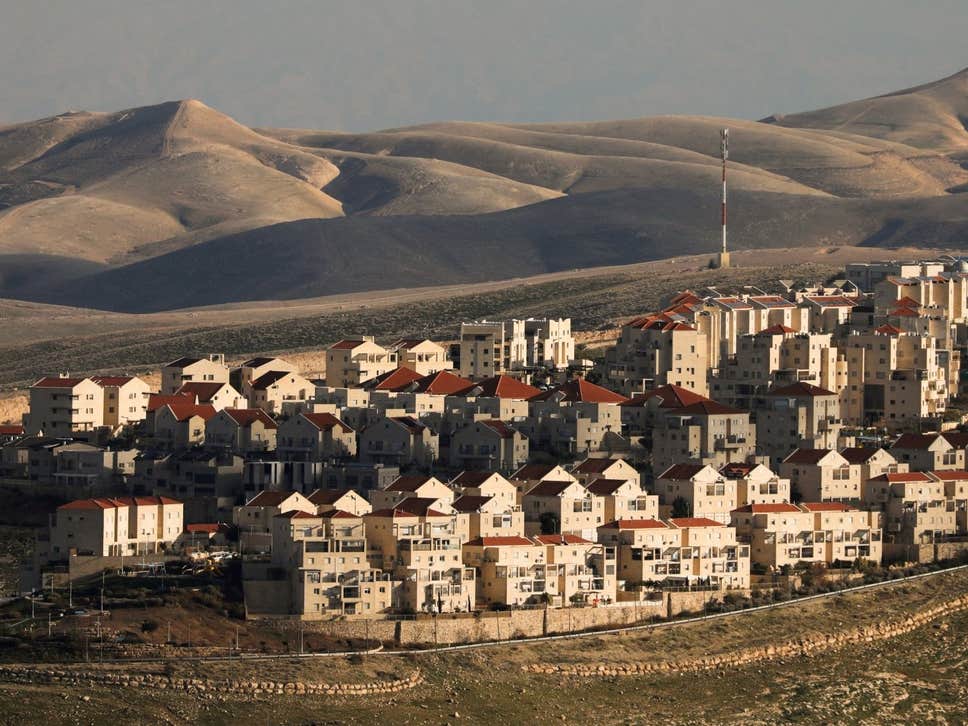 In December 2016, a Security Council Resolution declared that Israeli settlements are illegal and deemed their continuing construction a "flagrant violation" of international law. Photo via: The Independent

Palestinian Minister of Foreign Affairs and Expatriates Riyad Malki has launched calls for updating the database of companies operating in the illegal Israeli settlements in the occupied Palestinian territories.

This came in a Wednesday meeting with the High Commissioner for Human Rights Michelle Bachelet in Geneva, reported Wafa News Agency.

Malki thanked Bachelet for issuing the database of companies involved with Israeli settlements, a move he said restores confidence in the international system and gives partial justice for the Palestinians.

However, Malki said the list should be updated because the number of companies exceeds what has been reported.

Malki invited Bachelet to visit Palestine in order to take a closer look at the human rights conditions, pointing to the systematic and continuous Israeli violations and discriminatory measures against the Palestinian people particularly after US President Donald Trump revealed the details of the “deal of the century”.

Bachelet said that she is monitoring human rights around the world and that she will not accept the policy of double standards for any country, including Palestine.

She stressed the illegitimacy of Israeli settlements and annexation plans under international law.