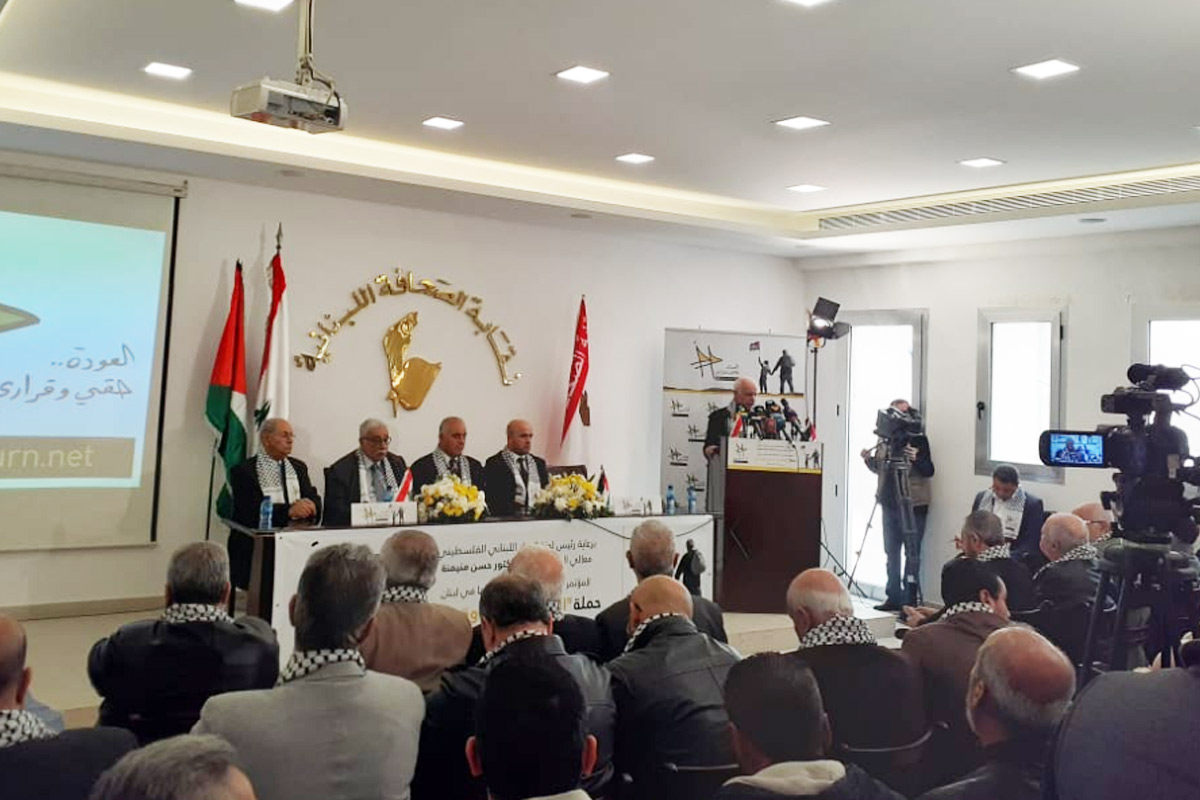 “My Return” international campaign has officially seen the day in Lebanon, in an initiative announced during a press conference held on February 27 in Beirut under patronage of former Lebanese minister, Dr. Hasan Mneimneh, also chairman of the Lebanese-Palestinian Dialogue Committee.

In a keynote delivered at the conference, PRC’s Director-General announced the launch of “My Return” campaign in Lebanon which he said comes at a time when US and Israeli efforts have been under full swing to negate Palestinians’ right of return to their homeland.

Hammoud said the campaign seeks to collect the largest possible number of signatures by Palestinian refugees across the world confirming their unyielding commitment to their right of return to their homes and lands from which they have been expelled in 1948.

Former Lebanese minister Dr. Hasan Mneimneh lauded, in a speech delivered on his behalf by Zuheir Hawari, the serious efforts made in favor of the international campaign which he said will enable the Palestinians nationwide and oversees to speak up for their inalienable rights.

Mneimneh described the “deal of the century” as a preplanned “crime” aiming to wipe out the Palestinian identity and right to establish an independent Palestinian State.

He stressed Lebanon’s firm refusal of the US Middle East peace plan and the resettlement initiative put forward by the deal.

Head of the popular committee to support Palestine and the nation’s causes in Lebanon, Mo’en Bashour, said the campaign is a step in the right direction as it shows to the world Palestinians’ firm commitment to their rights.

Chairman of the refugees committee at the National Palestinian Council, Salah Salah, lauded the Lebanese government for hosting the campaign, pointing out Israel’s attempts to strike at the foundations of the refugee issue and push for resettling Palestinian refugees in other countries as a means to sever their ties with their native soil.

The conference culminated in a series of personal signatures on “My Return” petition.

Sometime earlier, “My Return” campaign was launched in a press conference held on February, 20, 2020, in the Jordanian capital Amman, in the presence of senior Jordanian officials. In attendance was the President of the Jordanian Senate Faisal Al Fayez, First Deputy Speaker of Jordan's House of Representatives Dr. Nassar Al-Qaisi, and President of the General Federation of Jordanian Trade Unions Mazen al-Ma'aytah.