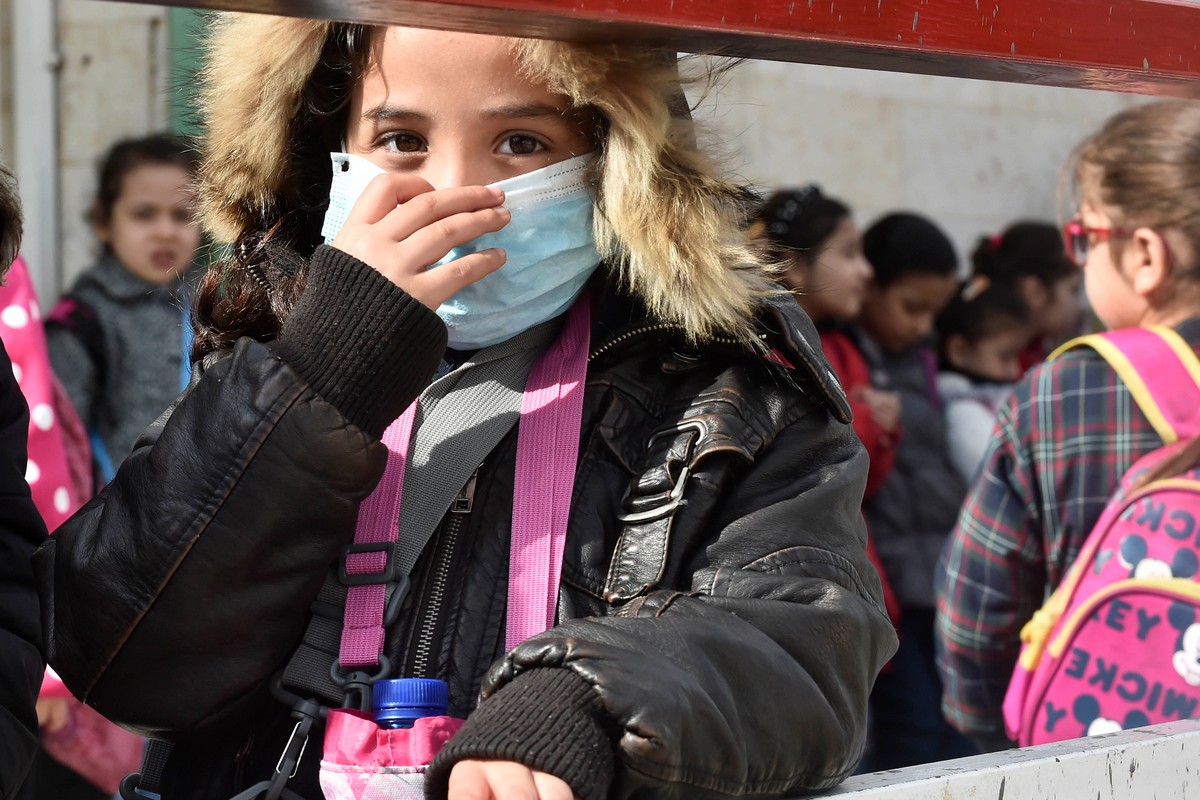 Students wear masks to protect themselves from coronavirus as a precaution in Beirut, Lebanon on 22 February 2020 [Hussam Chbaro/Anadolu Agency]

Thousands of Palestinian refugees taking shelter in the Lebanese territories have raised serious concerns over their health condition as Lebanon confirmed the country’s third case of coronavirus on Thursday.

The third case of coronavirus was announced by the Lebanese Health Ministry, after a man arriving from Iran on Feb. 24 tested positive, according to news agency NNA.

Quoted by human rights activists Palestinian refugees said the spread of the deadly virus risks to take away the life of scores of cash-stripped refugees who have already been unable to purchase preventive medicines and medical kit.

Fears have heightened in the country on Thursday after the patient was taken from his home by the Lebanese Red Cross and into quarantine at a Beirut hospital after early symptoms appeared. His condition appeared to be stable, the ministry statement said.

The previous two cases in Lebanon had been tied to an earlier flight from Iran that arrived last week carrying 150 passengers.

Iran said on Thursday its death toll from coronavirus had risen to 26 and the total number of infected people now stood at 245, the highest number of deaths from the virus outside China.

As the virus spreads in the Middle East, several Arab countries have suspended flights and imposed shipping restrictions.

The United Nation has identified Palestinian refugees in Lebanon as one of the most marginalized and poorest communities in the region. They continue to face high vulnerability and marginalization, making them heavily reliant on humanitarian support to cover their basic needs. The socio-economic hardships and unrest experienced by the country have compounded the refugees’ already dire living conditions.

The refugees’ vulnerability is further exacerbated by their precarious legal status. The lack of a valid legal status, often coupled with outdated civil registration documents, results in severely restricted freedom of movement for some Palestinian refugees in Lebanon due to fear of arrest, detention or forced deportation.