EU Official Pushes for EU’s Recognition of State of Palestine 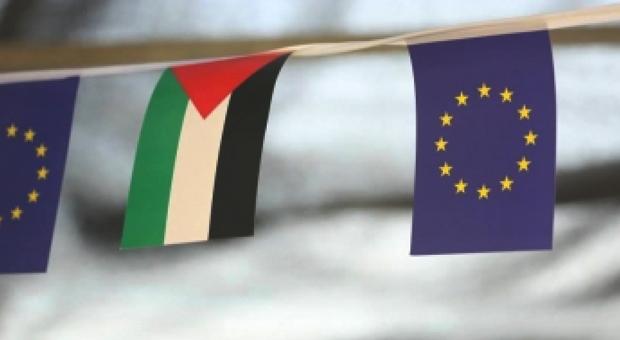 A European Union (EU) official highlighted on Thursday both the importance of and need for the EU’s recognition of the State of Palestine.

Chair of the EU’s Delegation for Relations with Palestine Manuel Pineda said it became necessary that the EU and all member states recognize the State of Palestine, according to Wafa News Agency.

Commenting on Israeli Premier Benjamin Netanyahu’s recent approval of the construction of 3,500 new illegal settler units in E1 area, one of the most sensitive areas, located to the east of Jerusalem, Pineda said that Netanyahu was moving forward with his scheme to isolate Jerusalem and further fragment the occupied West Bank with the purpose of eliminating the hope of establishing a viable Palestinian state.

Responding to a question about the prospects of EU’s leading role in future Palestinian-Israeli talks, he said that his delegation would urge the EU institutions to call for an international conference on Middle East peace to break the deadlock in the peace process, the same source added.

As regards the recently-revealed US 'peace plan’, dubbed “deal of the century”, the EU official affirmed that the plan should not be called a deal, and that the map of Palestine as laid out by the plan violates the Palestinian people’s rights since it turns the West Bank into an archipelago of ghettoized enclaves and strips all meaningful elements of Palestinian sovereignty.

He said goods coming from Israeli colonial settlements built on occupied Palestinian territories should be clearly labeled and that the EU should pressurize companies operating in settlements to stop their operations there and pay reparations to Palestinians who have suffered damage as a result.

He further demanded that Israel pay compensation to the EU for the demolition of the EU-funded projects in the occupied territories.

The EU delegation’s visit was restricted to the West Bank after Israel denied them entry to the besieged Gaza Strip, said Wafa agency.

The EU official denounced Israel’s refusal to allow the delegation entry to the war-torn enclave as a violation of international law.

The delegation made a stop at the family house of Malek Issa, an eight-year-old Palestinian boy who lost his left eye a few days after being shot by Israeli police in the occupied East Jerusalem neighborhood of Issawiya.