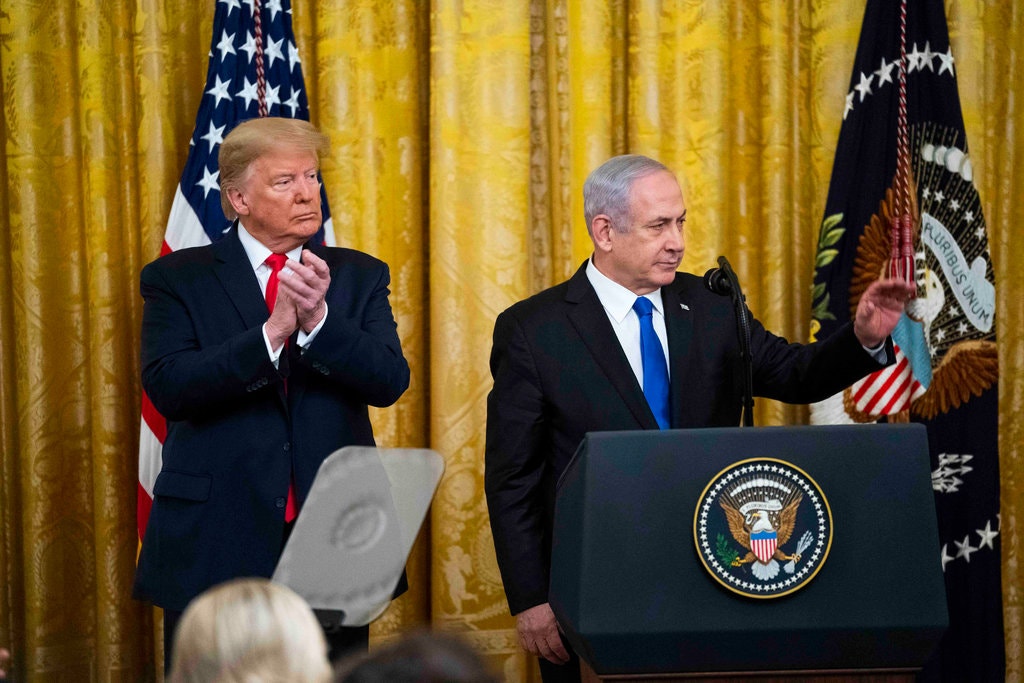 50 former European foreign ministers, presidents, party leaders, NATO officials and others have expressed grave concern about US President Donald Trump’s so-called “Peace to Prosperity” plan for the Middle East, saying it envisages an outcome with characteristics similar to apartheid.

This came in a letter that was published Thursday by the British newspaper The Guardian.

“As Europeans dedicated to promoting international law, peace and security worldwide, we express our deep concern about President Trump’s Middle East plan, titled Peace to Prosperity,” the European officials said in the letter.

“The plan contradicts internationally agreed parameters for the Middle East peace process, relevant UN resolutions, including Security Council resolution 2334, and the most fundamental principles of international law. Instead of promoting peace, it risks fueling the conflict – at the expense of Israeli and Palestinian civilians alike, and with grave implications for Jordan and the wider region. It has been met with widespread opposition in the region, in Europe, and in the United States,” read the letter.

“The plan allows for annexation of large and vital parts of the occupied Palestinian territory and legitimizes and encourages illegal Israeli settlement activity”, added the letter. “It recognizes only one side’s claims to Jerusalem and offers no just solution to the issue of Palestinian refugees. It projects a future Palestinian 'state’ without control and sovereignty over its fragmented territory. The map featured in the plan proposes Palestinian enclaves under permanent Israeli military control, which evoke chilling associations with South Africa’s bantustans.”

The European leaders said that “Peace to Prosperity is not a roadmap to a viable two-state solution, nor to any other legitimate solution to the conflict. The plan envisages a formalization of the current reality in the occupied Palestinian territory, in which two peoples are living side by side without equal rights. Such an outcome has characteristics similar to apartheid – a term we don’t use lightly.”

They called on the international community, particularly the European Union, to “prevent such a scenario from unfolding, in order to preserve the dignity and rights of the Palestinians, the future of Israeli democracy and the wider international rules-based order.”