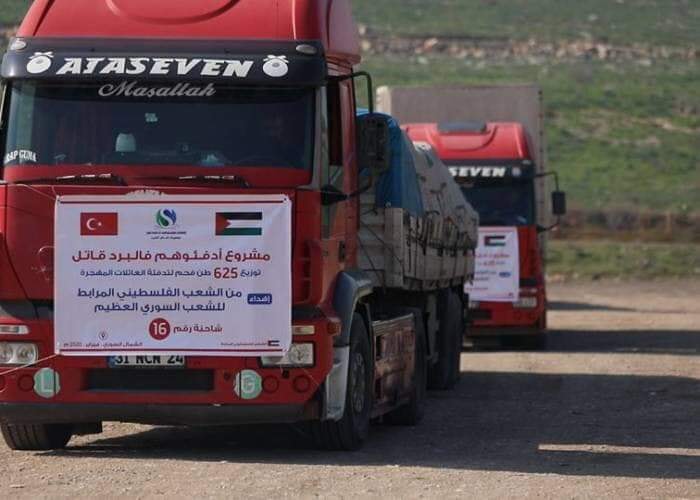 Sham AlKher charity in Turkey dispatched last Tuesday charcoal-laden trucks to the northern Syrian province of Idlib in an attempt to distribute the supplies to displaced families, including Palestinian refugees, taking shelter in the area.

The trucks are loaded with nearly 625 tons of charcoal donated by Palestinians in territories occupied since 1948 (present-day Israel) to displaced Palestinians in Idlib.

The donations will be distributed by the Disaster and Emergency Management Presidency of Turkey (AFAD) in cooperation with the Turkish Red Crescent, Sham AlKher, AlBashaer Association, and Violet Association.

With tensions and bloodshed reaching a zenith in Idlib, dozens of displaced Palestinian families fled the embattled northern Syrian province to the Turkish borders, as they rummaged around for a safe shelter.

A couple of weeks earlier, some 250 Palestinian families taking refuge in Idlib headed for the Turkish borderlands for fear of being killed in the ferocious strikes launched by the Syrian government forces and their Russian abettors.

The wintry weather, along with the bloody onslaught by the forces of Syrian President Bashar al-Assad, have turned the flight of displaced civilians in Idlib and Aleppo toward the Turkish border into the biggest humanitarian crisis yet in a war that for almost a decade has normalized mass atrocities.

Since December, more than 200 refugee camps have been set up in Idlib, along the Turkish border, to accommodate some of the displaced civilians, known as internally displaced people (IDP), including Palestinian refugees. But the camps lack basic sanitation and are far over their capacity, forcing tens of thousands to sleep outside in sub-zero temperatures, resulting in a number of children freezing to death.

Mark Lowcock, head of the UN Office for the Coordination of Humanitarian Affairs (OCHA), has described the situation in Idlib as the "biggest humanitarian horror story of the 21st century" and called for an immediate ceasefire.

Syrian forces, backed by Russian airpower, have rapidly advanced into Idlib and have retaken the strategic M5 highway since December, in violation of agreements signed in 2017 and 2018 between Turkey and Russia, which had designated the province as a "de-escalation" zone. 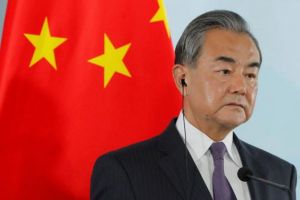 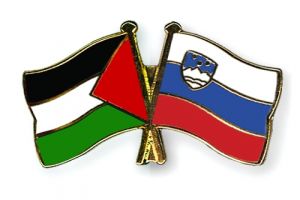 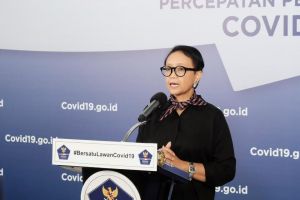