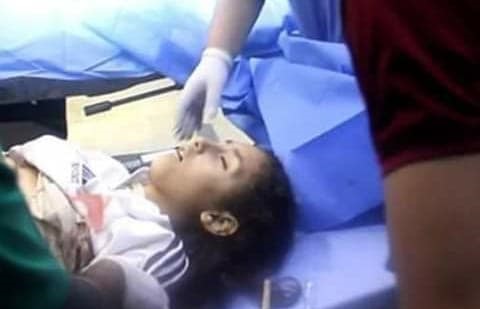 AGPS documented the death of 407 Palestinian residents of Daraa province since the outburst of the bloody war in Syria. Photo via: AGPS

Acting Commissioner General of the UN Agency for Palestine refugees (UNRWA), Christian Saunders, has strongly condemned the killing of a Palestinian woman and her niece near Deraa refugee camp, in southern Syria.

On the evening of 28 February, Raghad and Laila were killed by an improvised explosive device (IED) while walking back to their home in Deraa camp, Palestine refugee camp located in southern Syria, after having bought bread at the local bakery.  Raghad was just 10- years-old and her aunt Laila was 53, said Saunders in a statement issued on Tuesday.

“This shocking incident occurred amidst rising tensions in the south of Syria in recent months, marked by incidents of kidnapping, targeted killings and the use of improvised explosive devices like the one that killed Raghad and Laila”, his statement read.

“Less than three weeks ago, the Palestine refugee community in Deraa camp had come together to celebrate the inauguration of an UNRWA school after it had been rehabilitated”, stated Suanders. “Today, this same school community comes together in mourning to mark the loss of one of their students. As of February 2020, some 800 families had returned to the camp and 750 students to the UNRWA school.”

According to UN data, Deraa camp used to be home to some 10,500 Palestine refugees before the conflict in Syria led to large scale destruction and displacement. All UNRWA facilities in the camp have suffered high levels of damage and nearly 90 per cent of the camp residents were displaced.

“The opening of the school was supposed to be a symbol of hope, particularly for the camp’s children, many of whom have only known a world of war and devastation, said UNRWA’s Acting Commissioner-General.

Saunders added that indiscriminate use or the targeting of the IEDs against civilians or civilian objects is strictly prohibited under International Humanitarian Law.

The Action Group for Palestinians of Syria (AGPS) said the explosive device was implanted by unidentified assailants. It exploded near the office of AlBaath Party, on the route to the Deraa airport.

AGPS documented the death of 407 Palestinian residents of Deraa province, including 268 refugees taking shelter in Deraa camp, since the outburst of the bloody war in Syria.