Jordan Committee: ‘My Return’ Campaign Speaks Out So Loud for Palestinian Right of Return 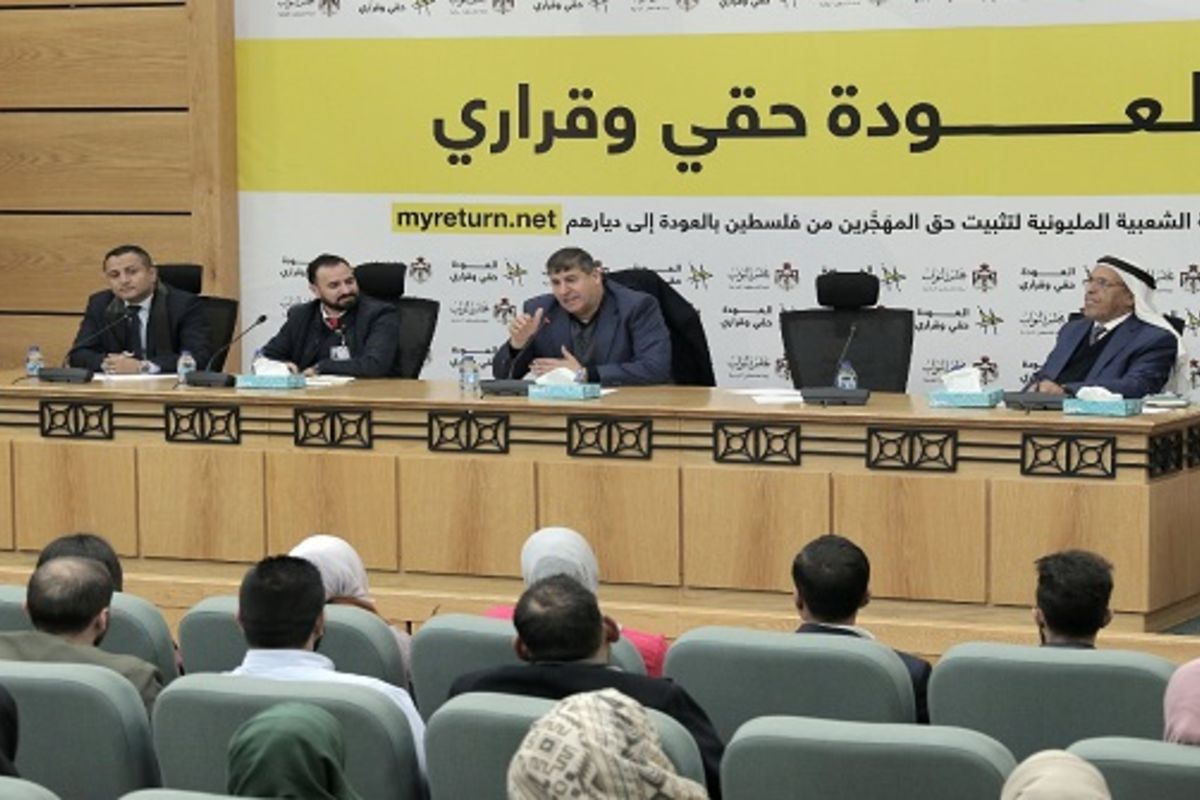 Chairman of the Palestine Committee of the Jordanian Parliament, Yehya AlSaoud expresses his support for “My Return” campaign.

Chairman of the Palestine Committee of the Jordanian Parliament, Yehya AlSaoud has voiced his strong support for “My Return” international campaign, launched by the Palestinian Return Centre (PRC), in partnership with international human rights groups.

During a Sunday meeting held with representatives of King Abdullah II Fund for Development, in the Jordanian capital city Amman, AlSaoud said the campaign is an international initiative seeking to amass over a million of individual signatures by Palestinian refugees on a petition confirming their devotion to their inalienable right of return.

In statements quoted by Petra News Agency, AlSaoud said that the Palestinian cause will always be a priority on Jordan’s political agenda and that the refugees’ right to return to their motherland can never be open to negotiations, no matter the circumstances.

He stressed Jordan’s “everlasting” solidarity with the Palestinian people and their legitimate cause.

AlSaoud reiterated Jordan’s refusal of all attempts to have Palestinian refugees resettle in other countries but Palestine.

“My Return” campaign was launched in Jordan a press conference held on February, 20, 2020, in Amman, in the presence of senior Jordanian officials.

“My Return” initiative is an international campaign launched by PRC in partnership with Palestinian and international human rights partners and NGOs in order to amass the largest possible number of signatures showing Palestinians’ unyielding commitment to their right of return to their homeland—a right guaranteed by International Law and relevant UN resolutions.