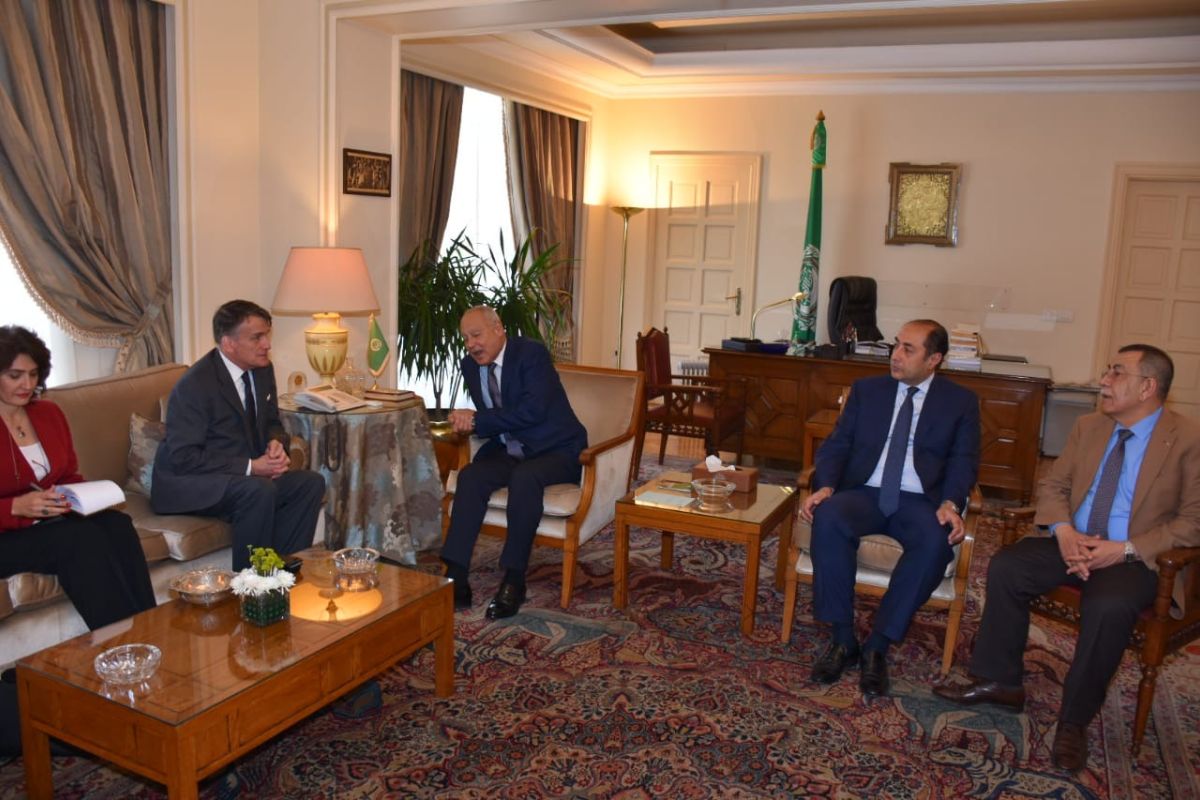 A meeting between Aboul-Gheit and UNRWA’s Saunders. Photo credit: LAS

The League of Arab States has urged donor parties to deliver emergency donations to the United Nations Relief and Works Agency for Palestine Refugees in the Near East (UNRWA).

Arab League Secretary-General Ahmed Aboul-Gheit warned that UNRWA's budget deficit "foreshadows a serious crisis that might hit the communities of Palestinian refugees in the agency's five areas of operations," the pan-Arab organization said in a statement quoted by the Xinhua news agency.

The UNRWA official urged donor states to continue their support for the agency to maintain its operations and keep opening the schools and hospitals serving the Palestinians.

The US, which was previously UNRWA's largest contributor, cut a full $300 million in funding to the agency in 2018, leaving it strapped for cash and asking other countries to help fill the gap.

Saunders said recently that UNRWA is facing the worst financial crisis in its history and has a budget deficit of $332 million.

Established in 1949 by a UN resolution, UNRWA provides humanitarian aid and support to about 5.6 million registered Palestinian refugees in five areas: Jordan, Syria, Lebanon, the Gaza Strip and the West Bank.