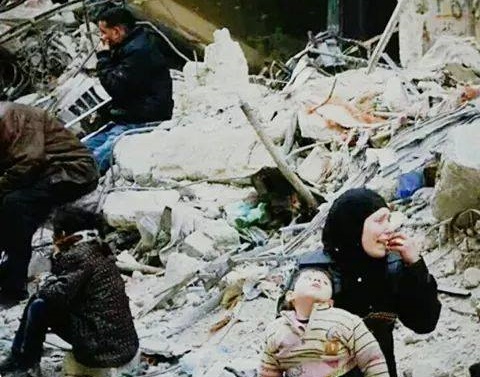 Palestinian refugee women who died of war-related incidents all the way through Syria’s nine-year conflict make up 16% of the overall death toll. Photo via: AGPS

At least 486 Palestinian women from Syria have been pronounced dead since the outburst of the bloody warfare in the Syrian Arab Republic, a human rights group has reported.

Statistics released by the Action Group for Palestinians of Syria (AGPS) on the occasion of the International Women’s Day indicates that Palestinian refugee women who died of war-related incidents all the way through Syria’s nine-year conflict make up 16% of the overall death toll for the period from March 2011 until March 2020.

The list includes 240 female refugees who died under shelling; 68 who died as a result of the blockade and medical neglect in Yarmouk camp; and 28 others who were fatally shot by snipers.

39 female refugees were, meanwhile, killed in blasts; 24 were gunned down; 26 drowned at sea; five female refugees were executed; 34 were tortured to death in Syrian prisons; and 20 others died of other causes, including murder, assassination, suicide, suffocation, health setbacks, and Israeli bullet fire.

As for the geographical distribution of the victims, Damascus topped the list with 163 female refugees, followed by Rif Dimashq, with 152 casualties. 68 others died in Daraa and another 20 women were pronounced dead in Aleppo.

Included on the list are also eight Palestinian women who died in Hums, one woman in Hama, and another in AlRaml refugee camp in Latakia.

40 Palestinian women have also gone missing in the war-ravaged country.

At the same time, AGPS documented the secret detention of 110 Palestinian women and girls in Syria’s government prisons.

AGPS said it believes the numbers to be far higher as scores of casualties have gone undocumented after the Syrian authorities kept their names secret. Several families have also refused to reveal their relatives’ names over retaliation concerns.

According to affidavits by ex-detainees, Palestinian women and girls have been subjected to harsh psycho-physical torture tactics in Syrian penitentiaries, including electric shocks, heavy beating using iron sticks, and sexual abuse.

Inherently a taboo misdemeanor in the MENA region, violence against women, be it sexual, physical, or verbal, has remained under-reported among the Palestinian refugee community, with reasons wavering between fear of retaliation, embarrassment, fear of punishment for those below the age of criminal responsibility, and distrust in law enforcement.