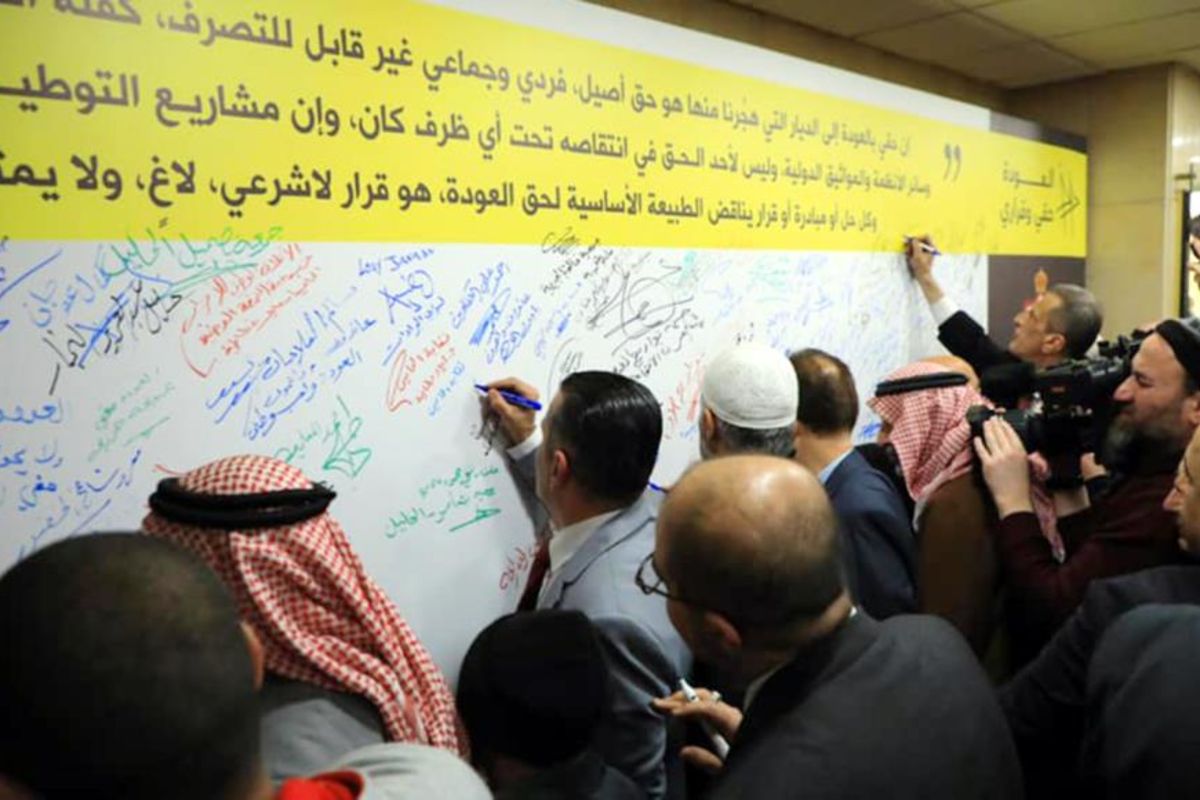 Four conferences which were slated to be held in the next coming days and weeks to announce the official launch of “My Return” international campaign across a range of European and American capital cities have been delayed after hundreds of new cases tested positive for the coronavirus pandemic.

The measure comes in line with the safety measures called for by the World Health Organization (WHO) to prevent a further propagation of the deadly virus.

World Health Organization declared Wednesday that the coronavirus outbreak spreading around the globe can now be characterized as a pandemic. WHO Director Dr. Tedros Adhanom Ghebreyesus said the WHO is "deeply concerned by the alarming levels of spread and severity" of the outbreak.

Alternative dates will be dependent on the upcoming developments regarding the spread of the pandemic.

The campaign officially saw the day in Jordan, before it was launched in Lebanon and Turkey.