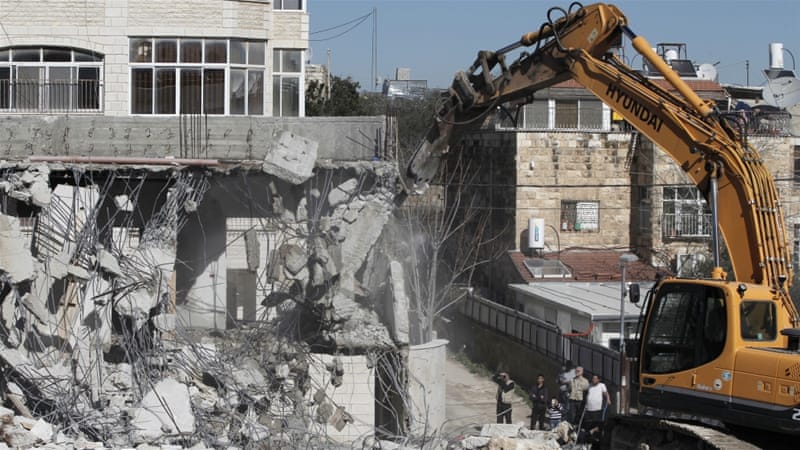 The Israeli municipality ordered on Friday a Palestinian family from Shuafat refugee camp, in occupied Jerusalem, to self-demolish their own home, and threatened to subject them to heavy fines if the municipality carries out the demolition itself.

Tareq Mohammad Ali was quoted by Wafa News Agency as stating that his family and himself were forced to knock down their own home at the order of the Israeli High Court, under the pretext it was built without a construction permit.

Ali said he had no option but to carry out the demolition process in order to avoid paying exorbitant demolition costs to the Israeli municipality.

According to data by the Jerusalem Municipality sent to the Movement for the Freedom of Information after two years of delays on building permits approved by the Local Planning and Construction Committee from 1991 to 2018, while 38% of Jerusalem’s residents are Palestinians, only 16.5% of the building permits were given for construction in Palestinian neighborhoods.

The figures also indicate that 45% of all Israeli building permits in Jerusalem were in Israeli neighborhoods beyond the Green Line in areas unilaterally annexed by Israel in 1967.

Palestinians in Jerusalem are forced to build without a permit because getting a building permit is impossible as the right-wing mayor and city council attempt to keep the city’s Palestinian population at a bare minimum, while multiplying its Israeli residents by approving the construction of thousands of new housing units in Israeli-only settlements.