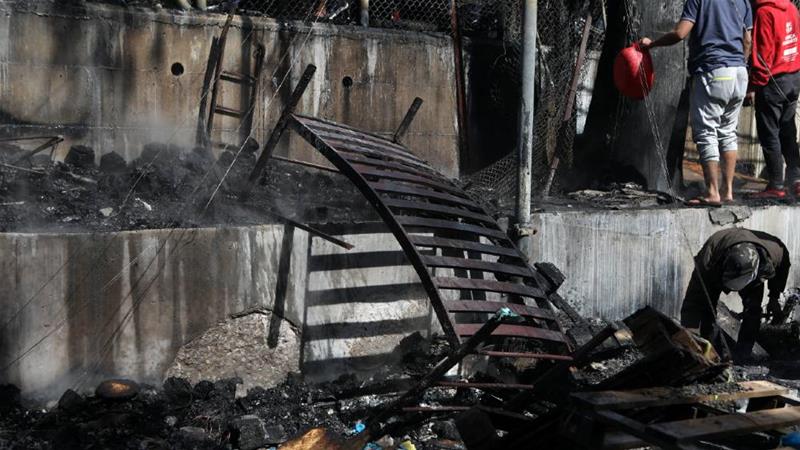 Tension has been running high in an overcrowded migrant camp on the Greek island of Lesbos, where hundreds of displaced Palestinian refugees have sought shelter, after a child died in a fire rocking the camp.

Fire brigade officials said the blaze burned through two containers used as living quarters by people in the Moria camp, as well as some tents.

"During the operation, a dead little girl was found," the fire brigade spokesman told Reuters News Agency. The child was aged between six and seven. The cause of the fire was not immediately clear.

Moria, built to accommodate fewer than 3,000 people, has about 19,400 people in the camp and its environs living in crowded and filthy conditions.

Lesbos was on the front line of an enormous movement of refugees and migrants to Europe in 2015 and 2016.

There was a surge in arrivals after Turkey announced, on February 28, that it could no longer contain the large numbers of migrants it hosts because of an anticipated surge of displaced people from Syria, including Palestinian refugees.

Medical charity Doctors Without Borders (MSF) on Sunday urged Greece to immediately evacuate migrants from overcrowded camps on its islands because of a high risk of the coronavirus spreading swiftly among people living in squalid conditions.

Greece reported its first death from the virus on Thursday, in the town of Patra on the mainland. It has confirmed 117 cases of coronavirus so far, including one on the island of Lesbos, where the notorious Moria camp is located.

"The evacuation of the camps on the Greek islands is now more urgent than ever," the charity said. "We need to be realistic: It would be impossible to contain an outbreak in such camp settings".

Palestinian refugees continue to risk their lives onboard the “death boats” to Greece, rummaging around for a momentary respite from the daily scenes of bloodshed and destruction. AGPS has kept record of the death of dozens of refugees onboard Greece-bound ships. Several others have been arrested by Turkish coast guards.

Thousands of Palestinian refugees are taking cover on such Greek islands as Lesbos, Mytilene, Chios, Leros, and Kos, among other areas. 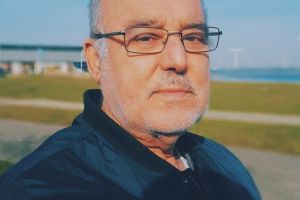 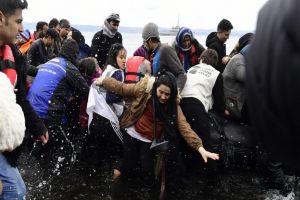 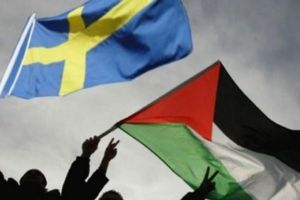 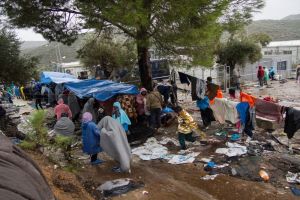