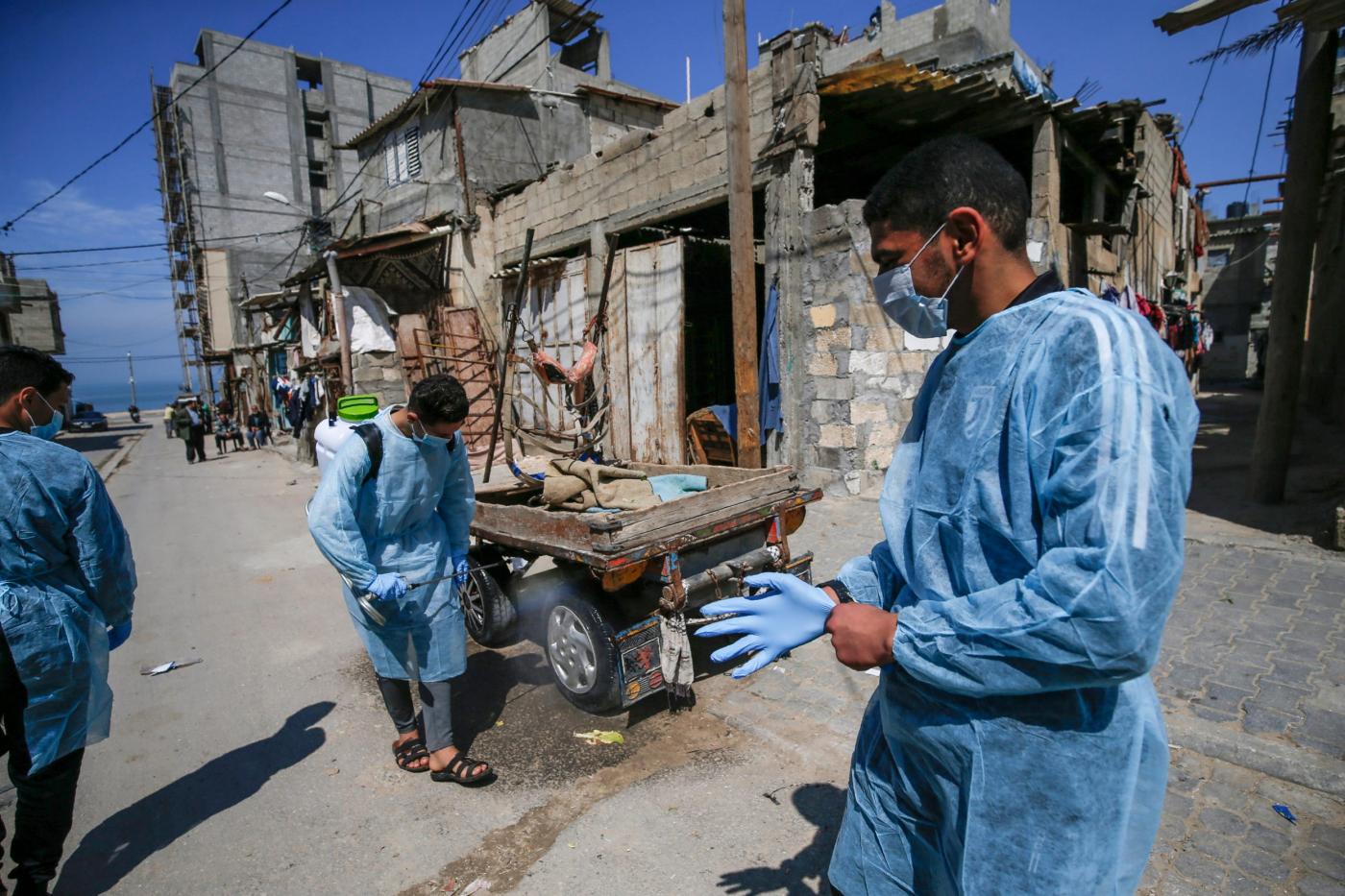 Palestinian volunteers spray disinfectant in al-Shati refugee camp in Gaza City on 16 March 2020, during a campaign to stem a novel coronavirus outbreak (AFP)

Activists have raised concerns over an imminent coronavirus outbreak in the besieged Gaza Strip and its refugee camps after a number of returnees were allowed access into the enclave through the Rafah border crossing with Egypt.

The concerns coincided with calls launched by human rights groups in the Gaza Strip earlier this week urging the Israeli occupation authorities to allow the entry of medical supplies needed to fight the coronavirus pandemic into the besieged territory.

This was voiced in a press conference by Omar al-Qarout, the executive director of Hemaya Center for Human Rights, on behalf of human rights groups in the Gaza Strip.

The activist called on the international community to pressure the Israeli authorities to lift restrictions on the entry of medical supplies, equipment and drugs needed to deal with COVID-19 in case a number of civilians test positive  for virus.

He also asked the World Health Organization to open a regional office in the Palestinian territories to monitor the spread of coronavirus.

According to the Palestinian Ministry of Health, the Gaza Strip is coronavirus-free while 44 Palestinians have been infected in the Occupied West Bank.

Though the Gaza Strip is reported to be coronavirus-free, once the virus is detected in the enclave, medics warn, it will spread quickly.

The Health Ministry and aid organizations are running awareness campaigns to inform everyone about how to stop the virus spreading.

“If coronavirus arrives we will perish. I don’t think the health ministry has the capacity to deal with it because of the Israeli siege”, said a refugee.