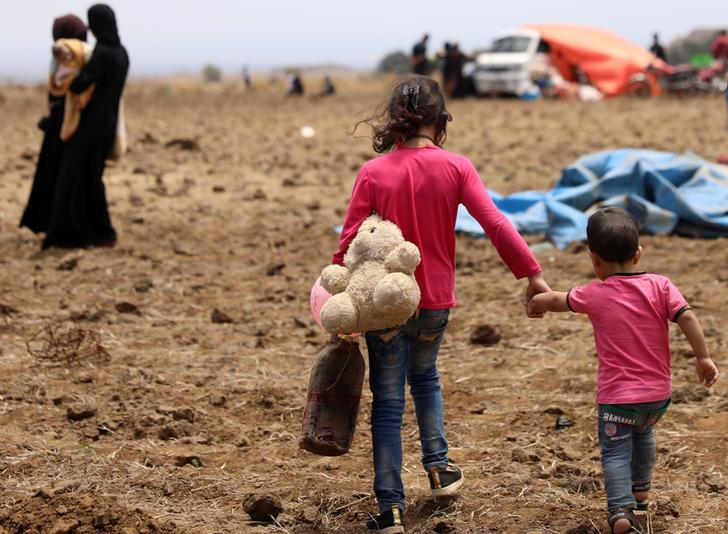 In another development, An internally displaced girl from Daraa province carries a stuffed toy and holds the hand of child near the Israeli-occupied Golan Heights in Quneitra, Syria June 29, 2018. © 2018 Reuters/Alaa Al-Faqir

As of February 2020, some 800 families had returned to Daraa camp and 750 students to schools run by the UN Agency for Palestine Refugees in the Near East (UNRWA).

According to UNRWA, Daraa camp used to be home to some 10,500 Palestine refugees, before the conflict in Syria led to large scale destruction and displacement. All UNRWA facilities in the camp have suffered high levels of damage and nearly 90 per cent of the camp residents were displaced.

The opening of schools was aimed to be a symbol of hope, particularly for the camp’s children, many of whom have only known a world of war and devastation.

Humanitarian conditions have gone remarkably downhill in Daraa Camp for Palestinian refugees due to the price leap, poor infrastructure, and absence of vital services.

Activists attributed the situation to the fallouts of the military operation launched by the Syrian government forces in mid-June 2018 using internationally-prohibited weapons in an attempt to recapture the area. 80% of civilian homes and property were destroyed. 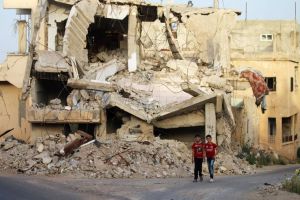 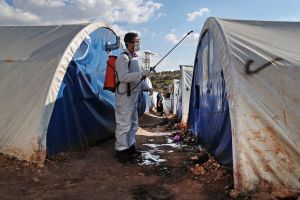