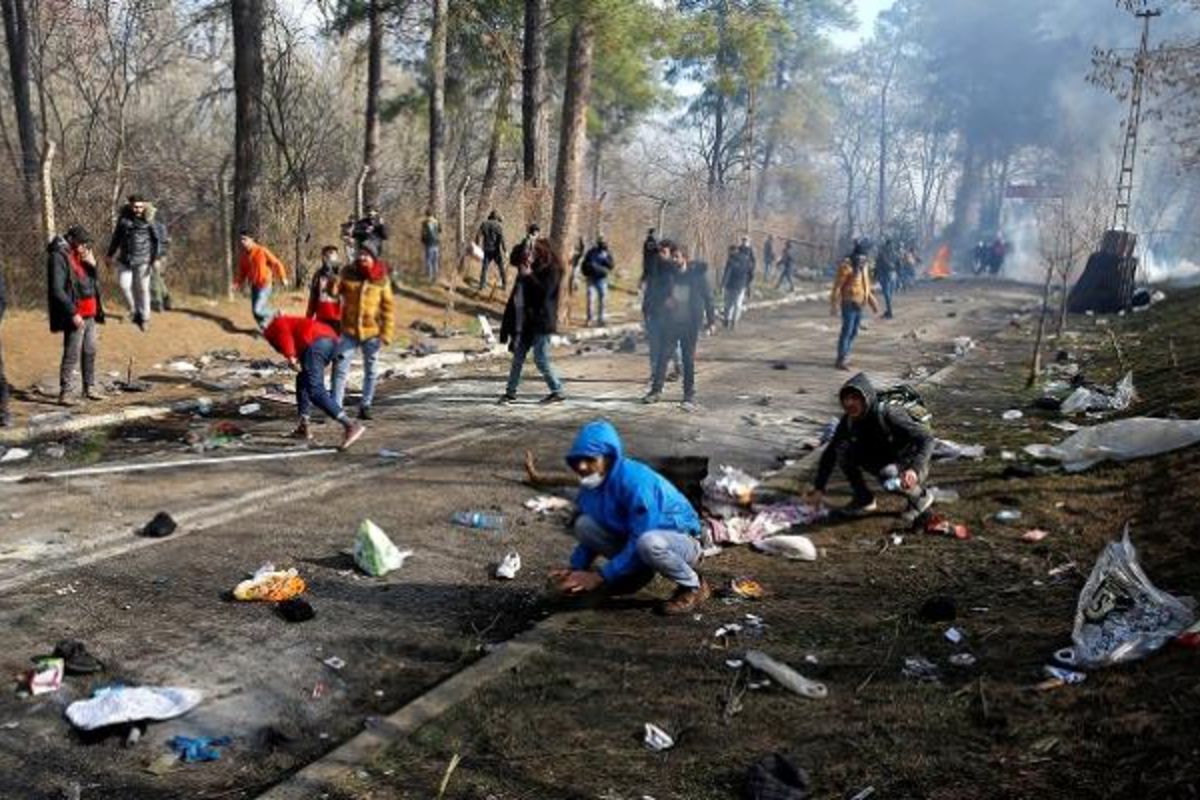 Clashes between migrants and Greek police at borders with Turkey. Photo credit: Reuters

Clashes have flared up again on the Greek island of Kos as authorities there try to stem the flow of migrants pouring from borderlands.

Sharp weapons were reportedly used in fighting that burst out between African and Palestinian migrants.

The migrants, including over 200 Palestinian refugees from Syria, have been subjected to dire conditions on the island and deprived of their basic human rights, including access to water, power, and relief services.