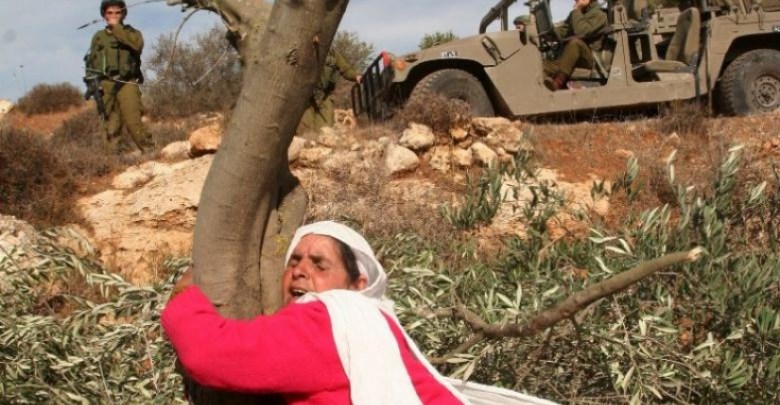 The Israeli occupation has confiscated over 21 million dunums of Palestinian land and uprooted over 3 million trees since the Land Day in 1976.

The Israeli occupation has demolished over 170,000 houses, confiscated over 21 million dunums, and uprooted over 3 million trees since the Land Day in 1976.

A report by the Land Search Center at the Arabic Studies Association to mark the 44th anniversary of the Land Day stated that Israel has built a 700-km-long apartheid wall, set nearly 900 military checkpoints and gates, and constructed over 1400 km of settlement roads.

The report added that the Israeli authorities have been expanding illegal settlement as well as issuing demolition and evacuation orders against Palestinians.

At the same time, Israel built nearly 528 settlement outposts, suffocating and surrounding Palestinian villages throughout the West Bank and Jerusalem and increasing Jewish settlers in the West Bank to 850,000.

According to the report, illegal settlers have kept attacking Palestinians and vandalizing their properties. The settlers chopped off trees, assaulted native Palestinians and shepherds, and committed vandalism.

Forty-four years ago, the Israeli police shot six Palestinian citizens of Israel dead as they were protesting against the Israeli government's expropriation of thousands of acres of Palestinian land in the Galilee. Since then, March 30 has been known as Land Day and is an important date in the Palestinian political calendar and communal consciousness.