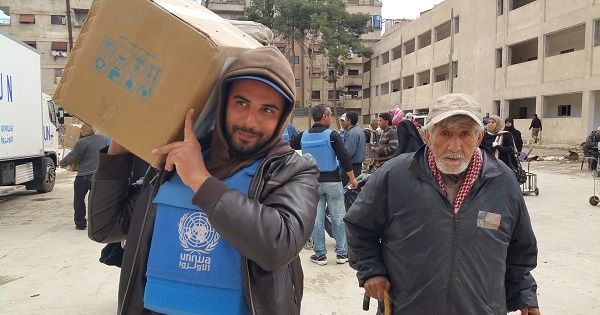 UNRWA has over 30,000 employees, most of them Palestine refugees and a small number of international staff. Photo credit: UNRWA

27-year-old Palestinian day worker Baraa Assaad is now at a complete loss as he has been laid off by his sole “bread-giver”— the UN Relief and Works Agency for Palestine Refugees (UNRWA).

Like thousands of other day laborers, Assaad has had his work contract suspended by UNRWA after the Agency’s services have been curtailed across its fields of operations as part of worldwide anti-coronavirus measures.

The decision implies a loss of livelihood for thousands of day workers, including instructors and cleaning workers in Jordan, Syria, Lebanon, the West Bank, and the blockaded Gaza Strip, where the Agency is mandate to operate by the UN General Assembly.

Speaking with PRC, Assaad said UNRWA has arbitrarily suspended the wages of day laborers after, paradoxically, asking them to stay home.

“This is a forced unpaid leave rather than a personal choice made by the workers out of their own free will”, says Assaad, who lives in the Israeli-blockaded Gaza Strip.

“Why on earth have we been deprived of our only sources of income?” he wonders. “The Agency should’ve rather granted us paid leaves in such an exceptional coronavirus context”.

Newly-engaged Assaad said his dream to get united with his fiancée under the same rooftop has now gone up in the air. “We were planning to get married after four months. Now the situation is different. We can no longer cover wedding expenses”.

In a statement issued in response to UNRWA’s decision to temporarily cut the wages of day workers, PRC said the measure is “unjust and immoral”.

PRC said that responses to coronavirus outbreaks should not be made at the expense of workers’ sole livelihoods and to the detriment of their humanitarian needs.

“Palestinian refugees and their families should not be turned into ‘scapegoats’ for the anti-coronavirus battle”, stated PRC in a statement issued last week.

The Centre warned that if serious measures are not taken to protect Palestinian refugee workers and their families who continue to struggle for a living, the consequences will not be very much less tragic than those wrought by the coronavirus pandemic.

“One of the contract bonds states that UNRWA should pay wages of day laborers in case emergency leaves are enforced by the Agency, which is applicable to the current situation”, says Bilal, also from the besieged Gaza Strip.

He added that the second bond states that day laborers will only get paid in return for work done in favor of the Agency.

“UNRWA’s decision is based on the second bond while the first has been inexplicably contravened”, he states.

The young man expressed wishes that UNRWA would reconsider its decision and disburse day workers at the soonest possible time.

In an earlier statement to PRC, UNRWA’s media adviser Adnan Abu Hasana said the Agency opted for such a measure owing to an “extremely alarming” financial situation.

Abu Hasana said UNRWA decided to lay off day laborers after its operations have been partly halted in its five fields of operations in line with precautionary measures taken by host countries to prevent further COVID-19 contaminations.

He also said that UNRWA is undergoing the worst financial crisis since its founding in 1949, adding that the Agency has called for a minimum of US$ 1.4 billion to fund the Agency’s essential services and assistance, including life-saving humanitarian aid and priority projects, for 5.6 million registered Palestine refugees across the Middle East for the year 2020. However, the Agency received only USD170 million.

The UN official refused to reveal the number of day workers recruited by the Agency. Activists estimate that 1,000 day laborers were recruited by UNRWA in Gaza alone, 800 among whom in the education sector. 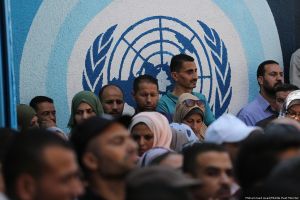 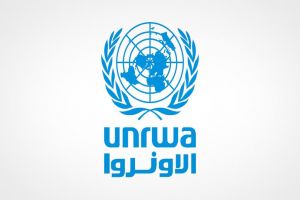 Leadership of UNRWA’s Advisory Board Passed on to UAE 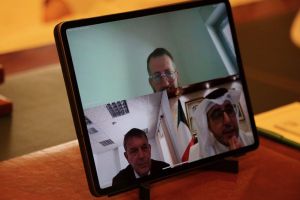 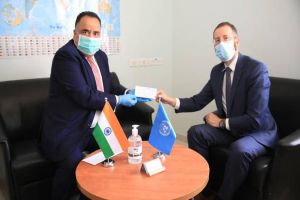