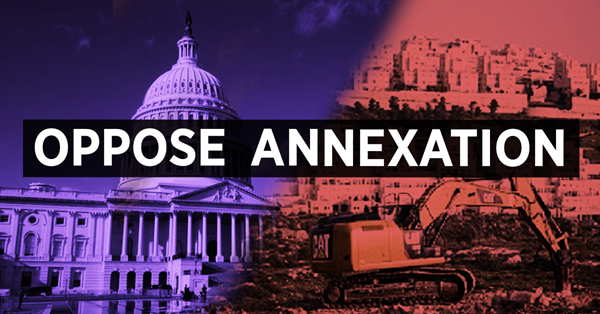 11 members of the US Congress issued a statement reaffirming opposition to Israeli annexation of occupied Palestinian territory. Photo via: Americans for Peace Now

Members of the United States Congress on Wednesday voiced their firm rejection of Israeli plans to hold sway over occupied Palestinian territory.

In a statement, a group of 11 congressmen and congresswomen denounced Israeli annexation moves, amidst reports of a new coalition government in Israel which gave green-light to move forward with unilateral annexation of West Bank territory,

“As strong supporters of Israel and the United States-Israel relationship, we are deeply concerned by reports that the coalition government being formed in Israel intends to move forward with unilateral annexation of West Bank territory,” said the US lawmakers.

“This runs counter to decades of bipartisan U.S. foreign policy and to the will of the House of Representatives as recently expressed in H.Res.326, which opposes unilateral annexation and explicitly warns against the dangers of such an effort for peace in the region and Israel’s security”, read the statement.

“Amidst the current global health pandemic and financial crisis, we urge all parties involved in the formation of a new government not to create an additional crisis by agreeing to move forward with unilateral annexation, the effects of which could yield additional catastrophic consequences for all parties in the region and beyond”, it added.

“At this sensitive and critical time, we support a return to a two-state framework and urge all parties to refrain from commitments or actions, such as unilateral annexation, that undermine the possibility of serious, good faith, bilateral negotiations, which still represent the surest path to a durable peace”, stated the US lawmakers. 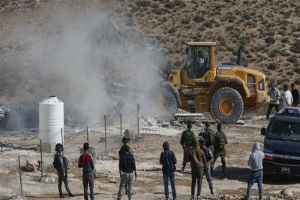