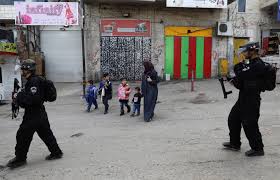 The Israeli authorities are hindering operations made by the United Nations Relief and Works Agency for Palestine Refugees (UNRWA) to curb the spread of COVID-19 pandemic in occupied Jerusalem and its refugee camps.

UNRWA spokesman Sami Mshasha told WAFA in a telephone interview on Wednesday that this restriction is a continuation of Israel’s two-year old restrictions imposed on UNRWA activities in the occupied city following the US recognition of Jerusalem as capital of Israel and the transfer of its embassy from Tel Aviv to Jerusalem.

He said Israel launched a campaign to prevent provision of health services by UNRWA and the Palestinian Ministry of Health in Jerusalem’s old city and its neighborhoods and refugee camps.

Mshasha pointed out that there is difficulty in entering and leaving the refugee camps, especially Shufat camp, which affects the economic conditions of Jerusalem residents and those who do not fully benefit from UNRWA services as a result of the crackdowns implemented by the Israeli municipality of West Jerusalem.