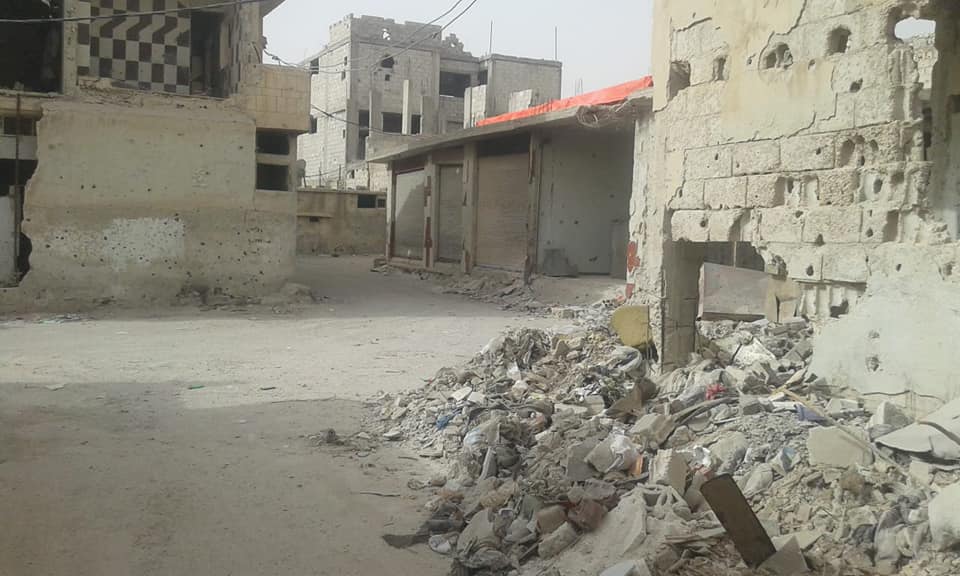 Human rights sources said a civilian identified as Ibrahim Abd AlAziz Emara was fatally gunned down by anonymous assailants near his home in Daraa refugee camp.

A couple of days earlier, Palestinian refugee Mohamed Basem AlMutleq was assassinated by anonymous gunmen outside of his home in AlMuzeireeb town, in Daraa’s western outskirts, south of Syria.

Over recent years, Palestinians taking shelter in AlMuzeireeb town have expressed deep concern over their safety after assassination attempts have increasingly emerged in the area.

The Action Group for Palestinians of Syria has documented the death of dozens of Palestinian refugees in AlMuzeireeb town, home to 1,700 Palestinian families displaced from Daraa Camp.

Daraa refugee camp is located inside Daraa City, in southern Syria. Palestinian refugees came to the  area in two waves in 1948 and in 1967.

However, as the recent conflict unraveled, the camp became engulfed by violence and 90 per cent of the camp population had to leave the camp and seek safety in other areas such as Daraa city, Damascus or Jordan.

According to UN data, Daraa camp and its surroundings returned to government control in the summer of 2018. The camp is now largely destroyed. UNRWA was able to return to Daraa camp in November 2018 to conduct a needs assessment.  Inside Daraa camp, all premises including three school buildings and a clinic will need substantial repairs or complete rebuilding.

The camp was initially set up on an area of 0.04 square kilometers, and it now covers an area of 1.3 square kilometers.  In addition to the 10,500 Palestine refugees in the camp, there were more than 17.500 Palestine refugees living in neighboring Syrian villages before the conflict. Most of them worked as farmers on Syrian-owned lands, others were employed as wage laborers, government workers and a few as UNRWA staff.