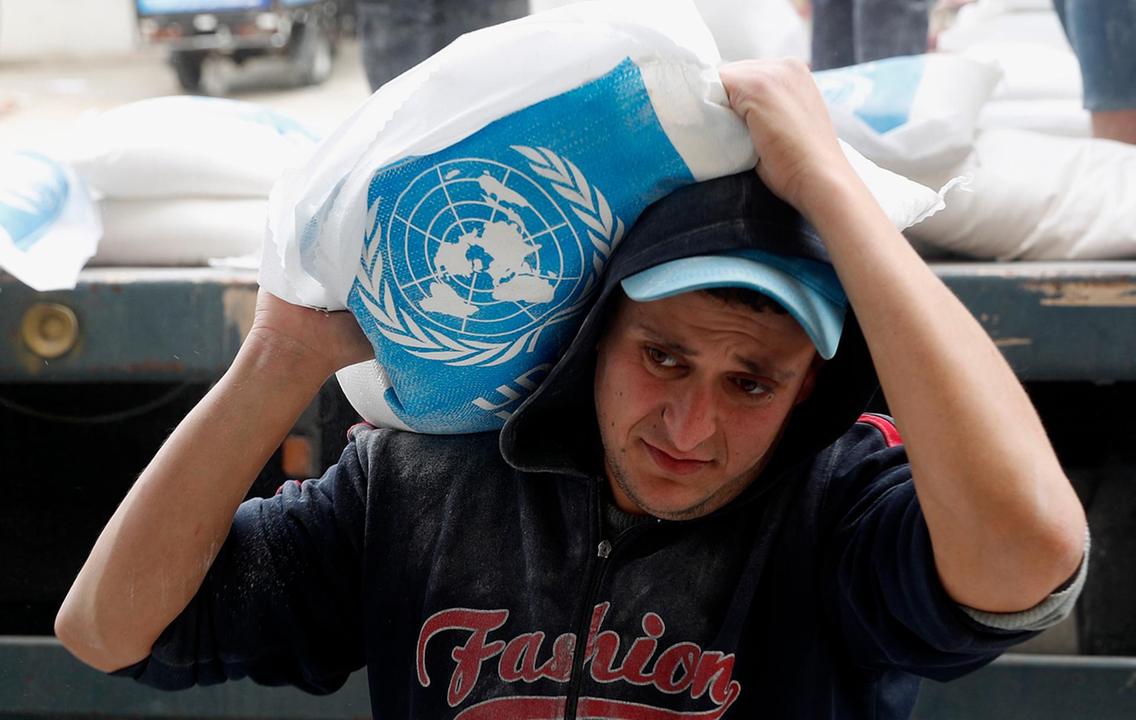 A Palestinian worker carries sacks of flour distributed by the United Nations Relief and Works Agency in Gaza City. AP

The new head of the UN Relief and Works Agency for Palestine Refugees in the Near East (UNRWA) plans to use the "overwhelming political support" around the world to save the cash-strapped agency, which has been struggling with the worst financial crisis in its history.

In his first English language interview since taking office on April 1, UNRWA Commissioner-General Philippe Lazzarini told The National that he needed to rebuild trust with donors.

Lazzarini said the agency needed to move past a damaging management crisis, meet the aspirations of Palestinians and help in the fight against coronavirus.

Lazzarini's agency, maligned by the Israeli government as an unnecessary relic, also faces pressure from a White House that has axed hundreds of millions in funding.

The administration of US President Donald Trump has described the agency as "irredeemably flawed", but Lazzarini said he remained optimistic of its future and that ceasing operations was "not an option".

Despite US lobbying, the UN member states overwhelmingly voted at the end of 2019 to extend the mandate of UNRWA for another three years. Only the US and Israel voted against it.

Lazzarini said the support shown during the vote demonstrated that the international community regarded the UNRWA as crucial.

He said the question was whether this support and the renewed mandate matched the resources being made available after the US decision in August 2018 to cut nearly $300 million (Dh11.01 billion) in funding hit the already stretched budget.

"Unfortunately there are too many cash-strapped deadlines, and the next one is at the end of May because we have no visibility anymore beyond," Lazzarini said.

He said these could have a "devastating impact on our activities" but he hoped to have outstanding pledges from donor countries in place before that.

The UNRWA was given a mandate in 1949 to assist Palestinian refugees until a political solution was found.