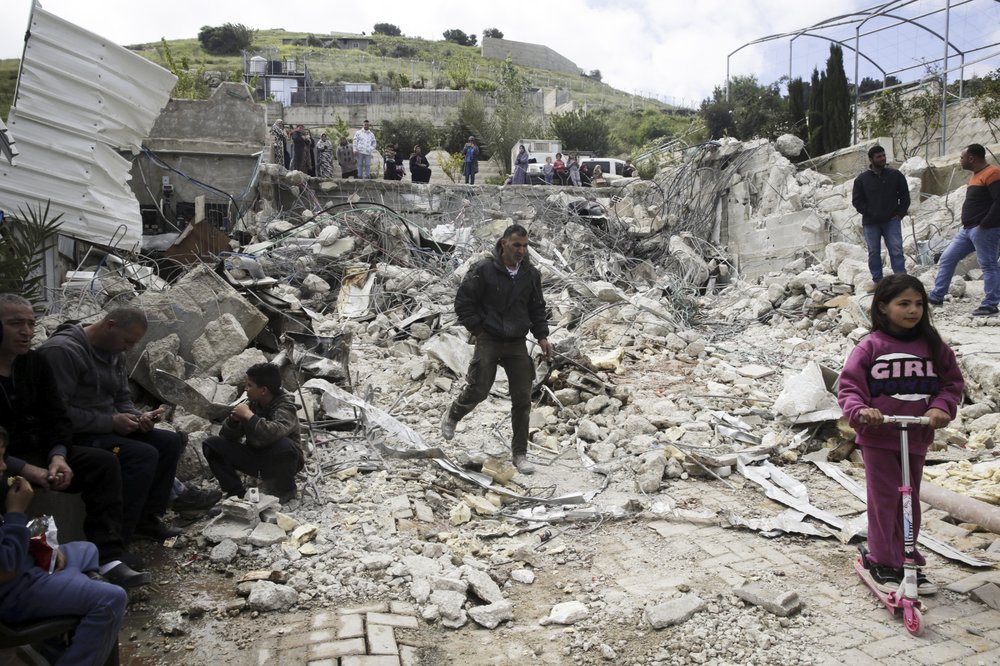 The Israeli authorities demolished nine Palestinian-owned structures over the past couple of weeks due to the lack of building permits, displacing a family of eight and affecting 19 others in four communities in Area C of the West Bank, reported the United Nations Office for the Coordination of Humanitarian Affairs in the Occupied Palestinian Territory.

In its biweekly humanitarian bulletin on Israeli violations in Palestine, OCHA said the displacement took place in the Bedouin community of Ein ad Duyuk at Tahta (Jericho), where the authorities demolished an inhabited caravan provided as humanitarian assistance.

Another five aid structures, including residential (uninhabited) tents and animal shelters, were demolished in the nearby community of Deir al Qilt.

The Humanitarian Coordinator, Jamie McGoldrick, called on the Israeli authorities to stop demolitions, particularly during the COVID-19 crisis and the month of Ramadan.

At the same time, five Palestinians were injured and around 470 Palestinian-owned olive trees and saplings damaged by Israeli settlers

Around 200 olive trees belonging to farmers from Turmus’ayya and Al Mughayyir villages (Ramallah) were vandalized, reportedly by settlers from the adjacent Adei Ad settlement outpost. Most of these trees are located on a plot where Palestinian access is restricted by a ‘prior coordination’ system. Assailants, believed to be from the same settlement outpost, also dismantled a fence around another plot and stole dozens of wooden poles.

Around 120 additional trees were cut down in the villages of Ras Karkar (Ramallah), Kafr Qaddum (Qalqiliya), AsSawiya and Qaryut (both in Nablus). Near Fuqeiqis village (Hebron), settlers uprooted around 1,000 seasonal vegetable seedlings and 150 olive saplings, while in Khirbet Samra village (Tubas) they grazed their livestock on 100 dunums of land planted with seasonal vegetables damaging the crops.

Settler-related violence has been on the rise since the beginning of March, with the weekly average of incidents resulting in injuries or property damage increasing by over 80 per cent compared to January-February.

In the Gaza Strip, OCHA said that on at least 48 occasions, Israeli forces opened warning fire in the areas adjacent to Israel’s perimeter fence and off the coast of Gaza while enforcing access restrictions.