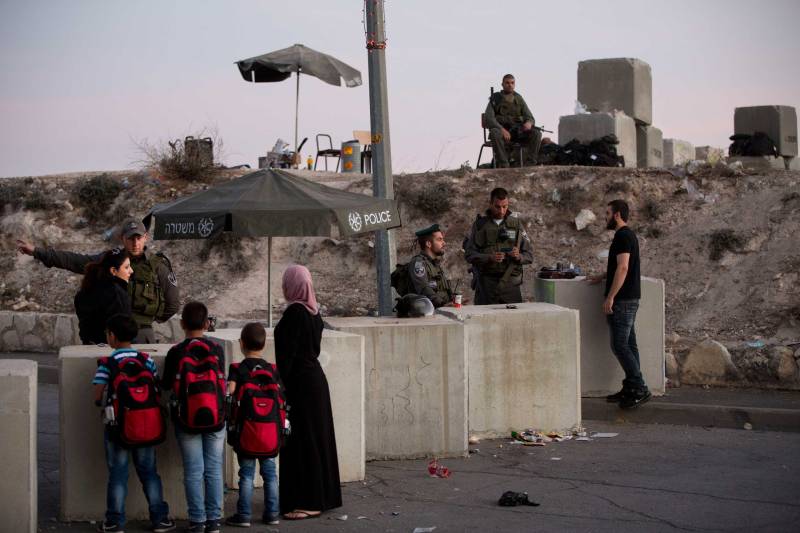 Israeli border police check Palestinian's identification cards at a checkpoint as they exit the Arab neighborhood of Issawiyeh in Jerusalem, on Oct. 22, 2015. Oded Balilty—AP

Israel is discriminating against Palestinian residents of East Jerusalem who want to return home in light of the worldwide coronavirus outbreak, said the Palestinian Ministry of Foreign Affairs and Expatriates on Tuesday.

In a statement, the Ministry said that it has learned, as part of its efforts to gather information about Palestinians stranded abroad, mainly students, due to the coronavirus outbreak, that the Israeli authorities have been discriminating against the Palestinian residents of occupied Jerusalem who carry Israeli residency documents, according to Wafa News Agency.

It said that Israel is obstructing the work of the Foreign Ministry in helping the stranded Jerusalem residents to return to occupied East Jerusalem while also preventing them from coming home through Tel Aviv airport.

It recalled one case of Khader Abu Ilyya, an East Jerusalem resident and lecturer at Al-Quds University, who travelled out of Tel Aviv airport to the United States on March 14 and when he returned home through Tel Aviv airport a month later he was denied entry at the airport and sent back to the US even though he had a valid return visa.