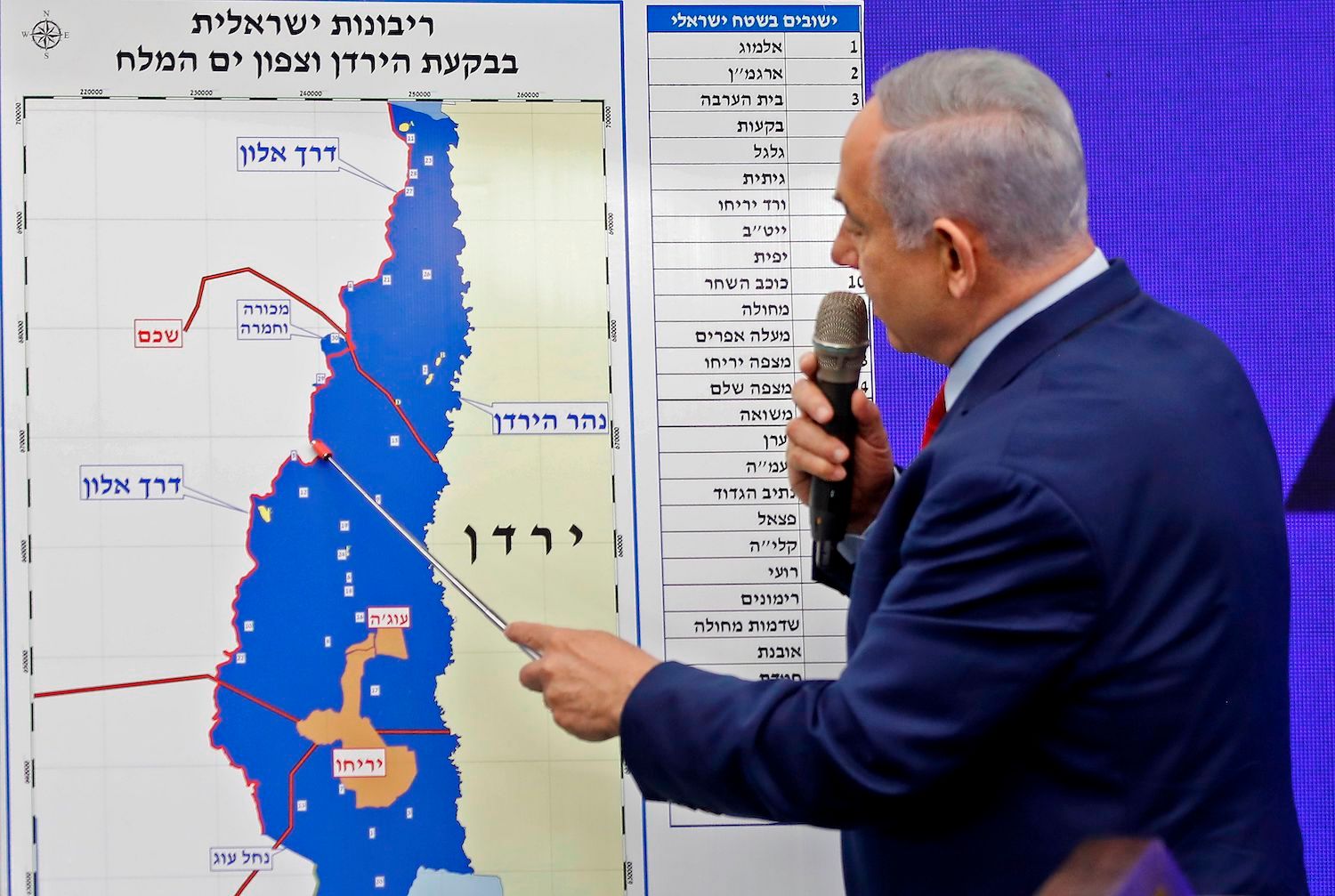 Israeli Prime Minister Benjamin Netanyahu points at a map of the Jordan Valley as he gives a statement in Ramat Gan on Sept. 10, 2019. MENAHEM KAHANA/AFP/GETTY IMAGES

The European Union (EU) vowed to take immediate action should Israel continue its illegal annexation of occupied Palestinian territory in the West Bank.

"Annexation is not in line with international law. If it goes ahead, the EU will act accordingly," EU foreign policy spokesperson Peter Stano told the European Commission's daily press briefing on Monday.

The Palestinian News Agency (WAFA) reported on Sunday that EU foreign ministers are considering sanctions against Israel if the country goes ahead with its plan to annex further parts of the occupied West Bank.

But it is too early to speculate on whether the EU would impose sanctions or revise its partnership with Israel, he added.

However, he said, the EU has already expressed its opinion on the West Bank's annexation.

the EU does not recognize Israel's sovereignty over the territories it has occupied since 1967.